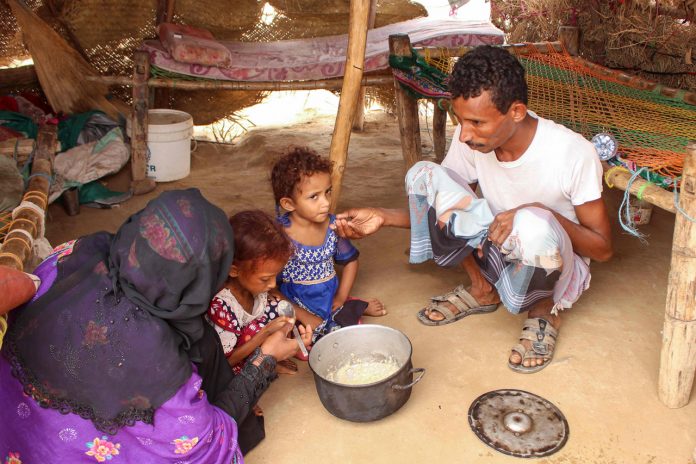 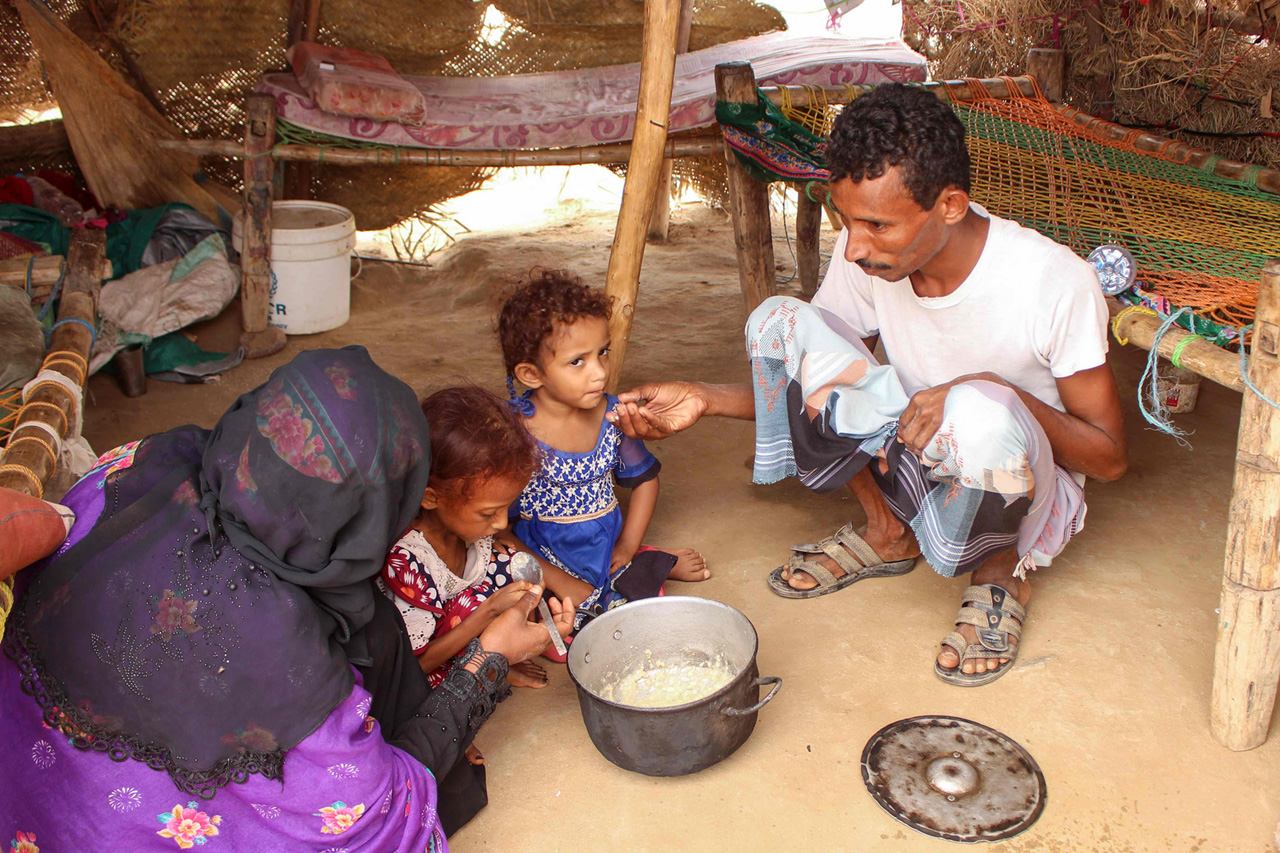 In this file photo taken on Sept 28, 2019, Samar Ali Jaidi (second left), a seven-year-old girl suffering from malnutrition, eats with her family at a make-shift camp for displaced Yemenis who fled fighting between the Huthi rebels and the Saudi-backed government, in the Abs district of the northwestern Hajjah province. — AFP photo

GENEVA: The United Nations (UN) said yesterday that US$35 billion would be needed for aid in 2021, as the pandemic leaves tens of millions more people in crisis, and with the risk of multiple famines looming.

The world body’s annual Global Humanitarian Overview estimated that 235 million people worldwide will need some form of emergency assistance next year — a staggering 40 per cent increase in the past year.

Next year, one in 33 people worldwide will be in need of aid, the report found, stressing that if all of them lived in one country, it would be the world’s fifth largest nation.

The annual appeal by UN agencies and other humanitarian organisations usually presents a depressing picture of soaring needs brought on by conflicts, displacement, natural disasters and climate change.

But now, it warned, the coronavirus pandemic, which has killed more than 1.45 million people worldwide, has disproportionately hit those ‘already living on a knife’s edge’.

“The picture we are presenting is the bleakest and darkest perspective on humanitarian need in the period ahead that we have ever set out,” Lowcock said.

The money requested in the appeal would be enough to help 160 million of the most vulnerable people across 56 countries, the UN said.

For the first time since the 1990s, extreme poverty is set to rise, life expectancy will fall and the annual death toll from HIV, tuberculosis and malaria could potentially double.

“Possibly the most alarming thing… is the threat of the return of famines, potentially in multiple locations,” Lowcock said.

With only one true famine so far in the 21st century — in Somalia nearly a decade ago — mass starvation had appeared to have been “assigned to the dustbin of history,” he said.

But now, he warned, “the red lights are flashing and the alarm bells are ringing.”

By the end of 2020, the number of acutely food-insecure people worldwide could swell to as much as 270 million — an 82 per cent increase over the pre-Covid-19 number.

Conditions in Yemen, Burkina Faso, South Sudan and northeastern Nigeria indicated they are already on the brink of famine, while a range of other countries and regions, including Afghanistan and the Sahel, were also “potentially very vulnerable”, he said.

“If we get through 2021 without major famines, that will be a significant achievement.”

Yesterday’s appeal shows that war-ravaged Syria and Yemen top the list of the countries most in need of humanitarian assistance.

The UN is seeking close to US$6 billion to help millions of Syrians inside and outside the country wracked by a decade of conflict.

And it is asking for nearly US$3.5 billion to help nearly 20 million Yemenis caught up in the world’s worst humanitarian crisis.

Other major crises requiring substantial funds include the Democratic Republic of Congo, Afghanistan and Ethiopia.

Raising the full US$35 billion needed at a time of global economic crisis could meanwhile be a daunting task — the amount is more than double the US$17 billion raised so far this year.

That amount is already a record, but still falls far short of the nearly US$29 billion asked for during last year’s appeal, even before the pandemic reared its head.

“The crisis is far from over. Humanitarian aid budgets face dire shortfalls as the impact of the global pandemic continues to worsen,” UN chief Antonio Guterres said in a statement.

“Together we must mobilise resources and stand in solidarity with people in their darkest hour of need.”

Lowcock meanwhile insisted that while the total dollar amount asked for seemed high, it was actually tiny compared to the amounts wealthy countries are pumping in to rescue their tanking economies.

“What is at stake is the lives of huge numbers of vulnerable people, and the cost of safeguarding their lives is actually very small in relation to all of the other challenges we face.” — AFP