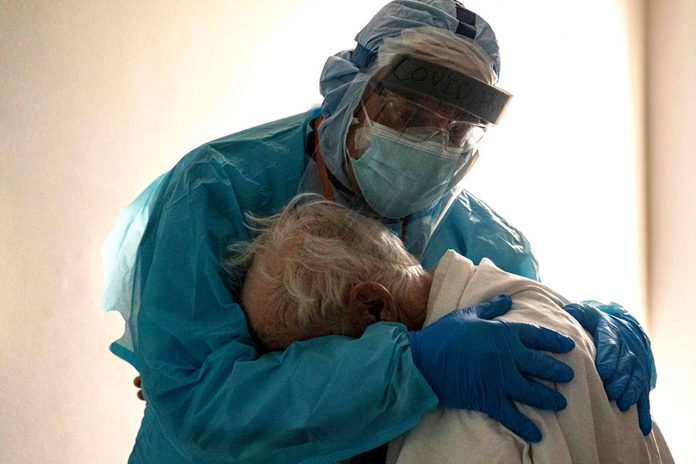 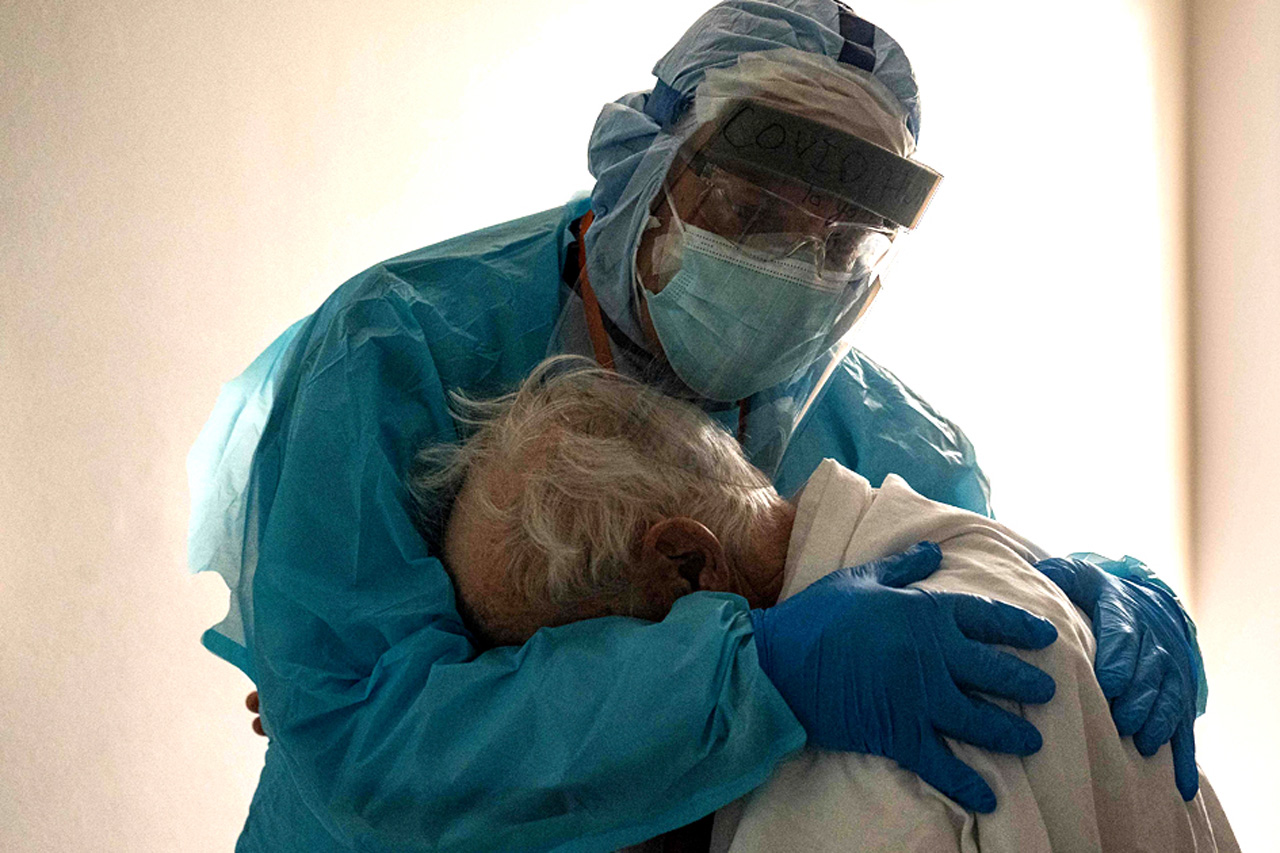 Varon hugs and comforts a patient in the Covid-19 ICU at the United Memorial Medical Centre in Houston, Texas. — AFP photo02

WASHINGTON: Joseph Varon, a doctor treating coronavirus patients at a Texas hospital, was working his 252nd day in a row when he spotted a distraught elderly man in the Covid-19 intensive care unit (ICU).

Varon’s comforting embrace of the white-haired man on Thanksgiving Day was captured by a photographer for Getty Images and has gone viral around the world.

Varon, chief of staff at United Memorial Medical Center in Houston, told CNN he was entering the Covid ICU when he saw the elderly patient “out of his bed and trying to get out of the room.”

“Eventually he felt better and he stopped crying,” Varon told CNN on Monday, which he said was his 256th consecutive day of work.

“I don’t know why I haven’t broken down,” the doctor said. “My nurses cry in the middle of the day.”

Varon said the isolation of the Covid unit was difficult for many patients, particularly the elderly.

“You can imagine,” he said. “You are inside a room where people are coming in spacesuits.

“When you are an elderly individual, it’s more difficult because you are alone,” he said.

“Some of them cry. Some of them try to escape,” he said. “We actually had somebody who tried to escape through a window the other day.”

Varon said the elderly man in the picture is “doing much better.”

“We are hoping that before the end of the week he’ll be able to get out of the hospital,” he said.

Varon also had a message for people who are not taking precautions amid the pandemic.

“People are out there in bars, restaurants, malls,” the doctor said. “It is crazy. People don’t listen and then they end up in my ICU.

“What people need to know is I don’t want to have to be hugging them.

“They need to do the basic things — keep your social distance, wear your masks, wash their hands, and avoid going to places where there are a lot of people,” he said. “If people would do that, healthcare workers like me could hopefully rest.” — AFP

Facebook
Twitter
Pinterest
WhatsApp
Previous articleUN sees emergency aid needs exploding due to pandemic
Next articleChronic diseases, mental issues plague Malaysia’s poor more than well-to-do: Here’s why and what to do next