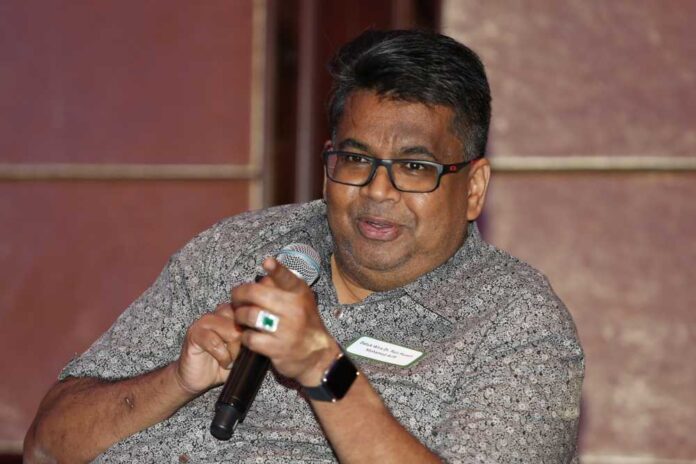 In a statement, Rais said that he had conveyed his decision to step down to both the finance minister back in August and in early September to Communications and Multimedia Minister Tan Sri Annuar Musa.

“I have resigned as the chairman of MDEC. Today, I chaired the last Board of Directors’ (BoD) meeting as the Chairman of MDEC,” he said in a brief statement.

In his parting statement, Rais said he has at all times never compromised on his principles in the line of duty despite having made some difficult decisions, unpopular as they may be, the right ones guided by good governance and integrity.

He also noted that MDEC was a very critical agency that required utmost attention and empowerment as it spearheaded the country’s digital economy, with the BoD being allowed the necessary latitude and independence to do the right thing.

“It is also critical that the BoD cannot and must not be a rubber stamp for anyone — be it shareholder ministry or supervisory ministry.

“Fiduciary responsibilities require Board members to stay independent, objective, responsible, honest, trustworthy, and efficient. Board members, as stewards of public trust, must always act for the good of the organisation that they represent.

“MDEC cannot be treated as mere project management or event management company, neither can it be vendor-driven. It has a bigger and important role in charting the digital economy of the nation.

“The recent pandemic has shown how important and critical the digital economy is, in all spheres of human existence. This will only grow in months and years to come, with greater intensity,” he said.

Rais also cited the list of achievements made throughout his tenureship, such as BoD and management restructuring, improvement of governance and integrity with new Discretionary Authorisation Limits (DAL), digitisation of MDEC operations, and Malaysia 5.0.

“Credible open tender for procurement was intensified, open and transparent grant administration was implemented based on “know how” and not “know who” principles anchored on four core objectives — speed, rightful recipients, good governance and integrity,” he said.

His resignation comes days after coming under fire from shipping associations for disparaging remarks about transport minister Datuk Seri Wee Ka Siong on the cabotage issue.

Rais, who has been critical of the government’s decision to revoke cabotage exemption for foreign vessels undertaking submarine cable repairs, had referred to Wee as a “minister with an IQ of a cabbage”.

‘No arrangement’ to meet Xi, senior Taiwan opposition leader says as he leaves for China visit

‘No arrangement’ to meet Xi, senior Taiwan opposition leader says as he leaves for China visit