HomeNewsDeputy women’s minister under fire in Parliament for suggesting she will answer...
News 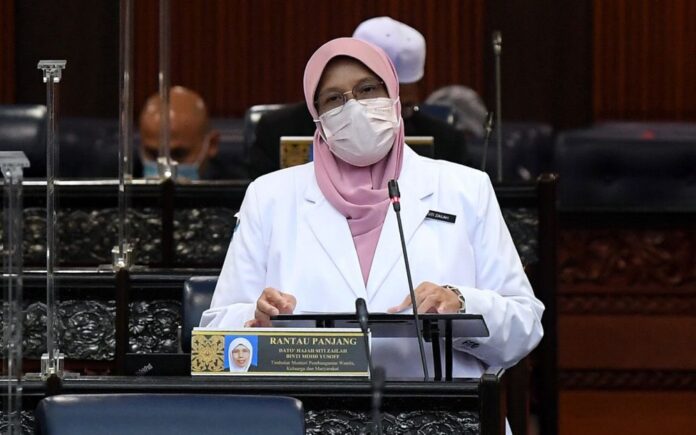 KUALA LUMPUR, Oct 6 — The Women, Family and Community Development Ministry (KPWKM) came under fire again for not providing details and progress updates on key policies, such as aid for the elderly, the Sexual Harassment Bill and gender equality.

Its deputy minister, Siti Zailah Mohd Yusoff, came under fire for “reading from her script” and not giving proper answers on what the ministry has done with its large budget.

“The minister’s answers sound like I’ve heard them before. I want to know the steps you actually took. What steps did you take when the sexual offences Act was supposed to be implemented last year?

“You have been in a government with the biggest Cabinet for more than 24 months. You cannot still say ‘berusaha’ (trying). I want to know what your initiatives are to help working mothers return to work? What are your childcare policies? So far, you are speaking in generalities only,” said Batu Kawan MP Kasthuri Patto.

In response, Siti Zailah said they can take the conversation to the canteen of the Dewan Rakyat as she had a lot of matters to go through.

However, Kasthuri rebuked her by stating that such an important discussion cannot be taken outside the House.

“RMK12 (12th Malaysian Plan), a five-year plan, and you want to discuss it in the canteen?” she asked.

At this point, Deputy Speaker Datuk Mohd Rashid Hasnon stepped in, asking the MPs to settle down and allow Siti Zailah to finish her speech.

However, after several minutes, Padang Serai MP Karupaiya Muthusami, Merbok MP Nor Azrina Surip and Kuantan MP Fuziah Salleh pressed her for an explanation, but were ignored.

Rashid intervened again and said the minister or ministry will send her answers in written form.

At this point, Hannah Yeoh stood up to argue that debating in Parliament had no meaning when Rashid cut her mic off.

As he called Deputy Communications Minister Datuk Zahidi Zainul Abidin to deliver his speech, Yeoh remarked that Rashid was making a mockery of Parliament by not allowing MPs to post questions.

“Mr Speaker, you are making a mockery of Parliament. Cannot ask questions. Written answers are useless with no meaning and none of the MPs’ questions are being answered. If reading from scripts is the way to go, then anyone can be a minister,” Yeoh said.

“Additional questions are not attacks on the minister,” she said, as Zahidi could be heard reading his speech in the background loudly.

The KPWKM is helmed by Datuk Seri Rina Harun. It was given a RM2.584 billion allocation in Budget 2021.