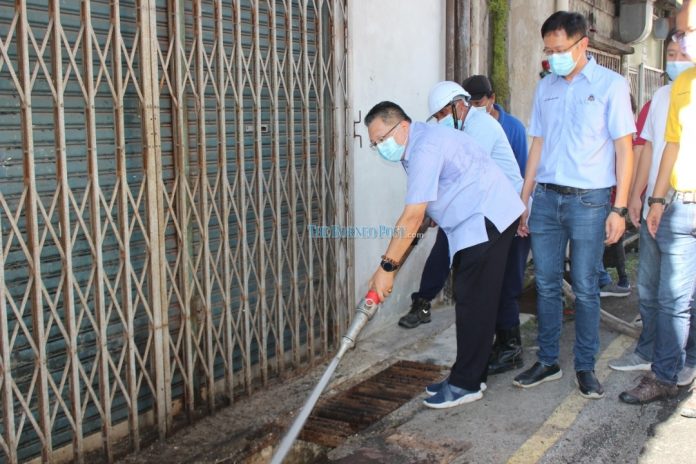 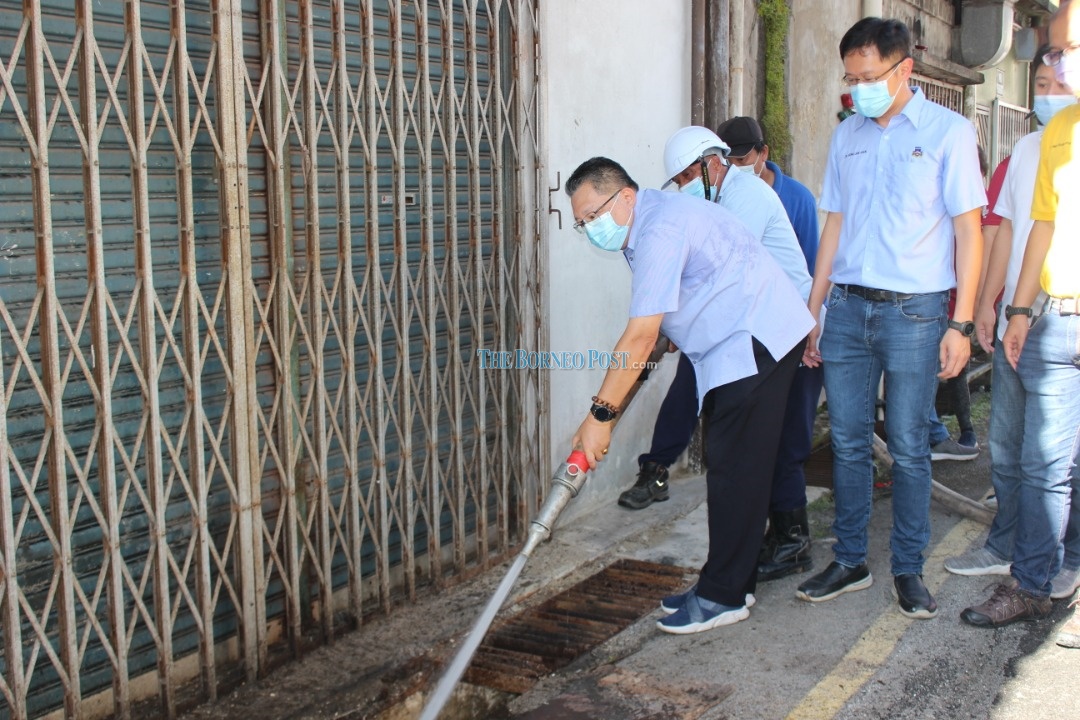 KUCHING (Dec 5): Kuching South City Council (MBKS) will be introducing key performance indicators (KPIs) for its enforcement unit next year over the issuance of compound to create a green and clean city, said its mayor Dato Wee Hong Seng.

“We are not encouraging our enforcement unit to give fines to the public but I felt that some repeated offenders should be issued compound for not playing their part in maintaining a clean city,” said Wee during a cleaning-up campaign at Padungan Street here today.

He said that for example, a compound as low as RM10 could be issued on the spot for the sake of a cleaner city to those caught littering cigarette butts.

“We are not doing this for the money but to create an awareness among the public to keep the city clean. On one hand, the council is busy maintaining the city’s cleanliness but on the other, some were still throwing rubbish indiscriminately,” he said.

Moreover, the mayor urged the public to keep the back lane of their property open or provide their contact numbers in case it is locked so that contractors can carry out cleaning works.

He said the full information on the location to be be visited by the contractors would be published next week.

Nonetheless, Wee thanked staff members from the public health division for organising the cleaning-up campaign with the residents of Padungan.

On a separate matter, in a statement, Wee was said to have paid a courtesy call to Inland Revenue Board state director Abang Ehsan Abang Abu Bakar recently on the issue of long waiting time for local business community to renew their trade license.

During the visit, Wee also appealed to the state director to waive the penalty for those who failed to renew their trade licenses on time.

Abang Ehsan, meanwhile, said the public can schedule their appointment manually from Monday to Friday starting at 8am through a special counter at the Inland Revenue office to expedite the time to renew their license.