HomeNewsMalaysian goldsmiths mould a profit out of pandemic
News

Malaysian goldsmiths mould a profit out of pandemic 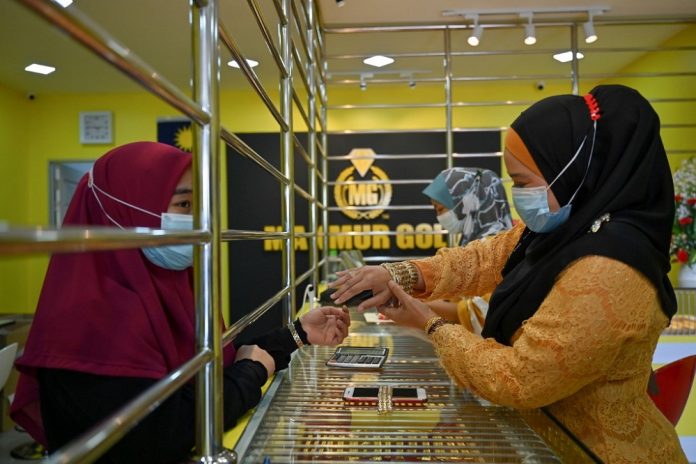 KOTA BARU, Dec 5 ― In a backroom workshop in Malaysia, goldsmiths with blowtorches and chisels sit at wooden desks as they melt and mould the precious metal into glittery jewellery.

Demand for the safe-haven commodity has soared during the coronavirus pandemic and it is not only professional investors who are cashing in, but small businesses too.

The Makmur Gold company, which is based in northern Kelantan state and mainly makes jewellery, has enjoyed brisk business this year even as the Southeast Asian nation’s economy fell into recession.

Gold surged this year as the pandemic accelerated and stock markets tumbled, hitting a record above US$2,000 (RM8,120) an ounce in August, although it has since slipped back to about US$1,800.

Makmur Gold recorded strong sales of about RM80 million over the past eight months as buyers sought to park their cash somewhere safe.

The business sells goods directly to customers from its four outlets as well as online, offering items ranging from bracelets and rings to small gold bars.

Most of its gold is sourced in the form of jewellery from a small number of suppliers in the country or bought second-hand from customers, before being melted down and fashioned into new products.

In addition to regular customers, the business has agents who sell on its behalf and then keep a share of the profits.

One such agent is Tuan Zubaidah Tuan Abdul Rahman, who made half a million ringgit in sales during three months of buying and reselling gold jewellery part-time.

“People are seeing that rather than hold on to their money in the bank, it is better for them to buy gold,” said the woman, who is also a teacher.

“People can wear it, and it can be a valuable asset.”

Nurse Nor Fazilah Jamaludin said she sold gold jewellery during the pandemic to increase her income.

“Women will buy these for beauty, but the benefit of buying gold is more towards our investment for the future,” she told AFP.

Malaysians began rushing to buy gold in May as authorities allowed businesses to reopen after a six-week virus lockdown, said Steven Siow, president of the Federation of Goldsmiths and Jewellers Associations of Malaysia.

People had extra cash after not spending much for a while and due to a six-month government moratorium on repaying loans aimed at boosting the economy, and gold shops doubled or even tripled their sales, he said.

The gold price has slipped as hopes rise that vaccines will be rolled out soon, but experts believe the world economy faces a bumpy recovery and the precious metal will remain a safe bet for some time.

“Gold, in any crisis, would be the key asset to look out for,” said Yeah Kim Leng, economics professor at Sunway University Business School. ― AFP