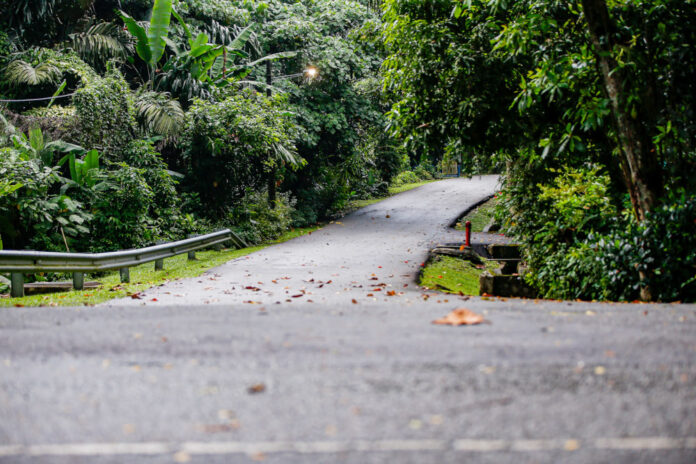 KUALA LUMPUR, Sept 27 — A green enclave in the city first developed by the British during the colonial era, Federal Hill is a low-density residential area amid some 18 acres of secondary forest.

A group of residents living in its vicinity are questioning the authorities’ decision to rezone an area within it to mixed development despite its previous residential status.

Alongside non-governmental organisation (NGO) Selamatkan Kuala Lumpur (SKL), these residents want the authorities to reverse any plans for mixed development in the “last sizable” green lung in the city.

“We are not the only ones who submitted the objection, SKL did too. It’s not just about protecting Nature, it is our lives at stake… for those of us who live in the vicinity of Federal Hill,” Ksharmini Thanigasalam said.

Ksharmini and her neighbours who live on Jalan Abdullah in Bangsar are worried about possible disasters that could occur due to soil erosion.

“We are talking about possible landslides and damage to our house structure.

“We have voiced these concerns over the years, do they not care about our safety as residents?” Ksharmini asked.

The land parcel in question is referred to as Lot PT 9434 and has been renamed Lot 481146, according to SKL chairman Datuk M. Ali.

In the title search, it was also stated the land should only be used for commercial development purposes.

“This is an example of how a green lung can be at risk if it is not gazetted as a green lung in the first place in the Kuala Lumpur City Plan 2020.

“We have made so many objections previously and called for the Federal Territories Minister to gazette Federal Hill as a green lung, and this is precisely what we were trying to prevent,” Ali added.

He also asked if the authorities have yet to address the previously highlighted 273 violations gazetted as part of the KLCP 2020.

“It seems like they have added more problems to the KLCP 2020 rather than rectifying previous problems.

“We really hope that the KL mayor and now Federal Territories Minister (Datuk Seri Shahidan Kassim) will look into the objections we have made, particularly regarding the land parcel in Federal Hill,” said Ali.

SKL is a coalition of various residents’ associations in Kuala Lumpur.

These questions were triggered after SKL and Bangsar residents recently discovered that the draft proposal for the alteration of the local plan for the Federal Territory of Kuala Lumpur named the Kuala Lumpur City Plan 2020 (Alteration 3) (Part II) was adopted on June 25, 2021.

In the approved KLCP 2020 (Alt 3) (Pt II), SKL and the residents found that the land parcel in Federal Hill had been rezoned to Mixed Development with a plot ratio of 1:6.

“It seems like the authorities are using the alteration or amendment process as a way to legalise the changes to the plan and this is a strong indicator that the gazetted KLCP 2020 version was incorrectly gazetted,” he added.

In a chronology of zoning for Federal Hill, SKL discovered that in 2008, in the draft KLCP 2020, certain parts of Federal Hill were under the Environmental Protection Zone (EPZ).

SKL requested that the whole of Federal Hill be covered instead.

In 2013, in the draft KLCP 2020, the EPZ was removed, following which a verbal objection was made to revive it.

Residents had been protesting against a mega development project by SP Setia which was proposed as part of a land-swap agreement with the National Health institute.

However, since then, a 15-storey government quarters has been built by SP Setia, as part of the land-swap agreement.

Ksharmini said the area within a 1.5 kilometre radius already has 190 acres of mixed development and this will only result in further congestion in the area.

Traffic access to this area is a particular concern as currently the newly-built government quarters there utilises Lorong Travers and Jalan Johor Selatan for access.

The access road to this area has been identified by developers to be Jalan Bangsar and Lorong Travers.

“Jalan Bangsar as highlighted is already heavily congested with Level of Service (LOS) Class F today and is expected to worsen.”

(LOS F is a traffic classification where the amount of traffic approaching a point exceeds the amount that can be served. This is characterised by stop-and-go waves, poor travel times, low comfort and convenience, and increased accident exposure.)

“The existing roads and the surrounding road infrastructure are barely sufficient during rush hours. Jalan Travers and Jalan Damansara cater to Bangsar, Brickfields and other areas in Kuala Lumpur via the Federal Highway and the New Pantat Expressway (NPE).

“On a rainy day, Jalan Travers and Jalan Damansara have grid-locked traffic. To further aggravate the situation, more traffic is generated by commercial and residential properties located in Bangsar Utama, for example the Menara UOA Bangsar, Maybank Etiqa Tower, Gaya Bangsar and Residensi 38.

“There is also a potential huge development in the pipeline on the site where the present Sri Pahang flats are located,” Ksharmini explained.

A disaster waiting to happen

Driving along the narrow roads on Federal Hill, you have to be alert for repairs. ― Picture by Hari Anggara

According to Ksharmini, even without the commencement of proposed mega developments on Federal Hill, the land clearing done on a small portion of the hill has caused disturbance to wildlife habitats.

This, she said, has resulted in various types of wildlife migrating out of their natural habitat into residential areas.

“We have spotted monkeys and snakes in some of our houses, which are nearest and connected to Federal Hill,” she said.

In November 2019, an uprooted rambutan tree fell onto Ksharmini’s house, damaging the roof and some floor tiles.

The soil erosion started in 2018 during the rainy season, she said.

“The area is suffering severe erosion due to the felling and uprooting of fully matured trees that was further aggravated by the construction works of the 15-storey 24-unit government quarters on an area which was a green reserve and is located in proximity to Lot PT 9434.

“During earthworks, mud water would flow through the nearby lane and continue down the hill of Jalan Abdullah causing clogged drains and even damage to the perimeter drainage,” she said.

Worst disasters are bound to happen, Ksharmini warned, should the land parcel in question remain rezoned to plot ratio 1:6 (mixed development) in the KLCP 2020 following its recently-approved amendments.

“Currently, Federal Hill is a low-density area with narrow roads and abundant greenery which plays a key role in making up more green/open space in Kuala Lumpur.

“To have plot ratio 1:6 in the area will invite the construction of high-rise buildings which will tower over adjacent residential houses on Lorong Travers, Lorong Limau Manis, Jalan Abdullah, SMK Bangsar, Persiaran Negeri Sembilan and Lingkungan Negri Sembilan.

“This would also change the character of the neighbourhood where the new nondescript blocks would be out of place and would certainly change the mood of the area causing its heritage character to slowly fade away,” Ksharmini said.

In July 2014, Ksharmini said the Unit Geosains, Jabatan Mineral dan Geosains Malaysia, Selangor/Wilayah Persekutuan confirmed the presence of a natural waterway in Jalan Abdullah /Lengkok Abdullah, which is in the immediate vicinity of Federal Hill.

during a heavy downpour. Removal of vegetation will increase runoff during peak rainfall, increasing the risk of flash floods affecting the surrounding areas.”

A road in Federal Hill in Kuala Lumpur, September 15, 2021. ― Picture by Hari Anggara

According to the Malaysian Nature Society (MNS), Federal Hill was developed in 1896 as a government residential area, with bungalows for senior officers of the Federated Malay States.

In 1952 the housing scheme was expanded and the whole area officially named Federal Hill (now Bukit Persekutuan) in commemoration of the Federation of Malaya in 1948.

The road which led to these bungalows was known as Federal Road (now Jalan Persekutuan), with other streets named after seven of the Malayan States (Selangor, Negeri Sembilan, Kedah, Kelantan, Terengganu, Johor and Perlis).

There were streets in Kuala Lumpur already named after the other four states, MNS said.

According to its executive director IS Shanmugaraj, some of the colonial houses still serve government servants and at present the royal households of Kedah, Negri Sembilan and Perak also have residences there.

“It is very sad that our government and the developers don’t seem to know how to appreciate heritage. This is a place which holds historical values of how our country was formed.

“Allowing mixed development to happen here will destroy the heritage value of the hill,” he said.

MNS’ headquarters is a house in the area which is believed to be the only building remaining from that earlier era — the 1920’s.

Shanmugaraj warned that even the MNS’ office will not be spared if any major construction happens in the vicinity as the office grounds are surrounded by forest trails and a waterway.

“We’re very disappointed with the rezoning, because the residents were not informed prior to this decision they were greeted with a surprise, including us.

“We have submitted our objection to this rezoning, but we don’t see any change to their plans.

“How and when did they do this, and was there any prior tests or compatibility checks done prior to the rezoning, especially when our entire country was under a lockdown due to the Covid-19 pandemic,” he questioned.

On top of this, Ksharmini said that the proposed three-storey power station (PMU) has been relocated back to a location residents have protested against previously.

In May 2019, Jalan Abdullah residents were informed of a proposal to build a three-storey power station (PMU) adjacent to their houses.

After strong objections and with the intervention of Lembah Pantai MP Fahmi Fadzil and SKL, the PMU was relocated to Jalan Bangsar/Jalan Rakyat instead.

“But in the amendments, we saw that they moved it back to the originally proposed location, and that is next to my house.

“What are they doing? Why have they broken their promise? The PMU is not meant for the residents here, it should not be placed next to our homes,” said Ksharmini.

Malay Mail has already reached out to the Kuala Lumpur mayor about the proposed Federal Hill developments and is waiting for an appointment with his representative.