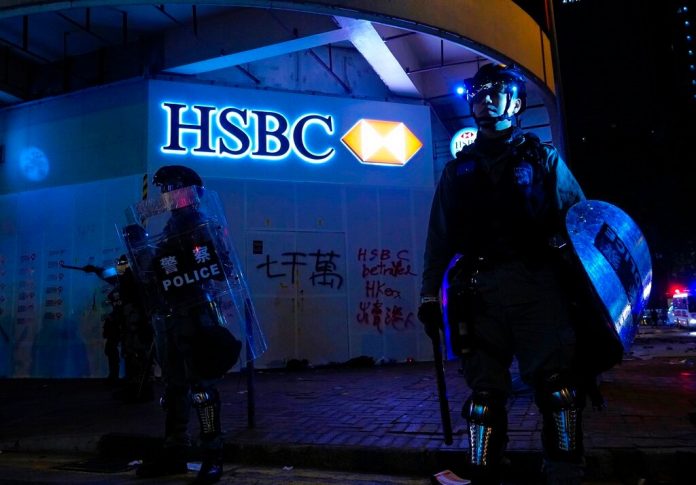 Fears are growing over the financial hub’s banking independence after the institution, whose Asian profits are fuelled by China, suspended the accounts of exiled former Hong Kong pro-democracy lawmaker Ted Hui and his family on Sunday.

The latest frozen accounts belong to the church, Chan and his wife, the pastor said, adding they were not notified about the freeze before Monday’s action.

Chan said in a Facebook video Tuesday he is now “living with an empty wallet” in Britain with his wife and their four children.

The church said in a statement later Tuesday that police officers from the city’s financial crimes unit searched a second premise used by them, and requested contact with Chan.

The institution has appealed the suspension of the accounts in a petition addressing Peter Wong, HSBC’s chief executive in the city.

“This is no doubt an act of political retaliation … just like the asset freezing case of the self-exiled Democrats Mr Ted Hui and his family,” the church wrote.

It added that the closure would affect the other services – such as its homeless shelters – it provides to the city.

HSBC and Hong Kong police have not responded to enquiries from AFP.

Activists fear democracy advocates are being targeted financially to stifle the movement that swept across the territory last year.

Hui, whose accounts were unfrozen and refrozen on Monday, joined a growing list of critics who have fled the city since the sweeping security law was introduced, travelling to Britain last week.