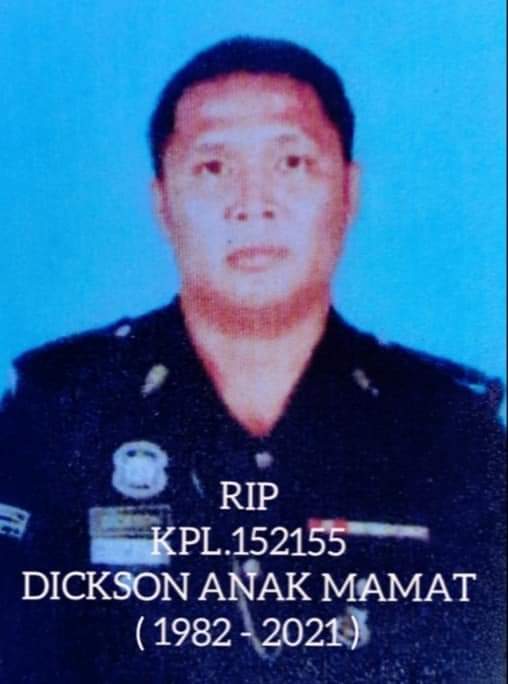 “All members of IPD Sri Aman express our condolences to the family. We mourn for the loss of a dedicated comrade, who displayed high-level work and discipline in carrying out his duties,” said Bingkok in a statement yesterday.

Dickson was pronounced dead at Sri Aman Hospital due to complications from a lung infection. He was 39.

“Swab-test was conducted at Sri Aman Hospital, and unfortunately, he (Dickson) tested positive for Covid-19,” said Bingkok, adding that Dickson was laid to rest in Bukit Parabun Christian Cemetery, in Saratok on Sunday.

“We thank all those involved in the funeral,” he said.

Dickson was in the police force for 17 years, having last served at Batu Lintang station under IPD Sri Aman for a year and two months, following a transfer from his previous post at Battalion 15 in Sandakan, Sabah.

He is survived by his widow and their three children, aged between 13 and 17.