HomeNewsRosmah breaks down on the witness stand as she tells court she...
News 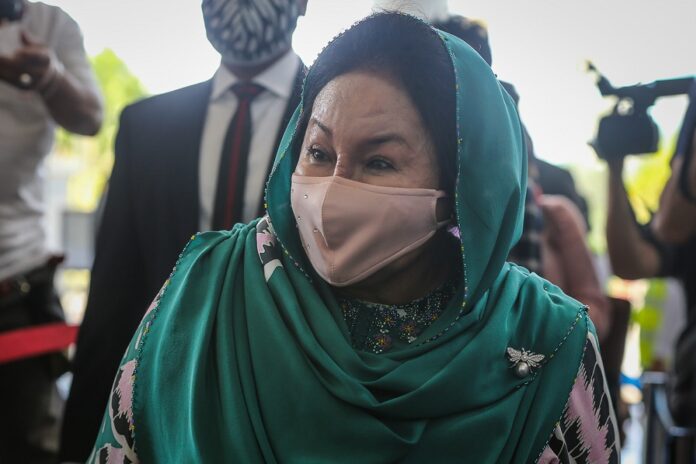 KUALA LUMPUR, Oct 6 — Datuk Seri Rosmah Mansor broke down in tears today while testifying in the High Court as she insisted that the corruption charges related to the RM1.25 billion solar hybrid project in Sarawak were malicious prosecution.

An emotional Rosmah explained that she was made a scapegoat by other parties, namely five other prosecution witnesses, in an alleged attempt to cover up their shame over corrupt acts in relation to the aforementioned project.

“Even though actions are supposed to be taken against PW5, PW6, PW12, PW17 and PW21 for the offences committed, the prosecution prefers to call them as witnesses without any prosecution taken against them so that they together will blame me, an individual with no position within the government and no power to approve any government project whatsoever, in a bid to cover their shame which is already published to the general public.

“These are cruel and heinous acts towards me and my family. This is also a malicious and selective prosecution against me,” she said, before breaking down in tears.

Rosmah then apologised to High Court Judge Mohamed Zaini Mazlan for her brief emotional outburst before drying her tears, and then composing herself and continuing with her statement.

“I am sorry, Yang Arif, I have gone through a lot,’’ she said, emotionally.