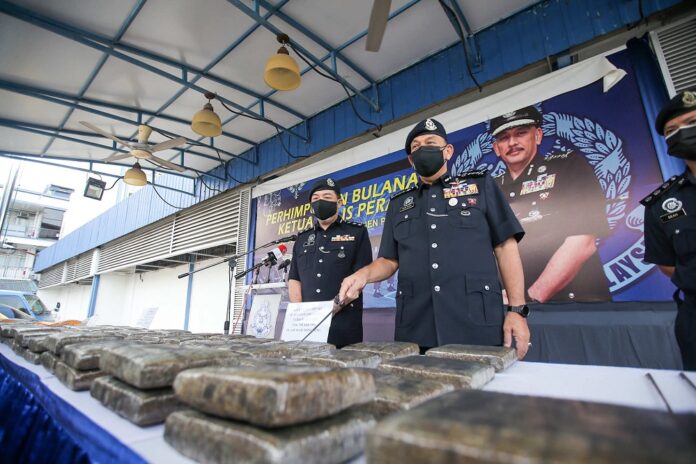 IPOH, Oct 6 — Police cracked down on a drug syndicate that hired foreigners and the jobless to distribute illicit narcotics here with the capture of three people and drugs with more than RM270,000.

“In the first raid, a group of police raided a premises in Bandar Lahat Mines here around 5pm and arrested a 40-year-old Indian national man,” he told a press conference at the Perak Police Headquarters here today.

He said the second raid was on a house in Lahat which lead to the arrest of a 21-year-old Malaysian woman and a 26-year-old Indonesian woman, who are suspected to be from the same syndicate.

He added that police also confiscated a lorry, a car, two motorcycles and jewelleries worth RM86,663.

He said all three suspects had no prior criminal records and tested negative for drug use.

He said that the Indian man has been in Malaysia since 2014 while the Indonesian woman has been here since April.

Both foreigners possess passports but no valid visa.

All three are under a six-day remand that expires on Sunday.

Mior also said that the drug syndicate has been active for the past three months and the drugs that were seized in the raids can be supplied to 151,400 drug addicts.

The case is being investigated under Section 39B of the Dangerous Drug Act 1952, which carries a mandatory death sentence upon conviction.