Home News Original 1MDB audit report would have reached PAC if not for Feb...
News

Original 1MDB audit report would have reached PAC if not for Feb 24, 2016 meeting, says govt auditor 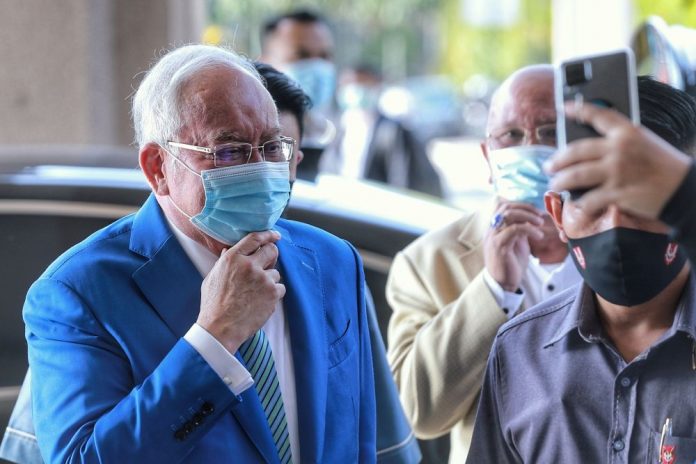 KUALA LUMPUR, Feb 23 — The original 2016 1Malaysia Development Berhad (1MDB) final audit report done by the National Audit Department would have been tabled to the Public Accounts Committee (PAC) if not for the February 24, 2016 meeting, the High Court heard today.

Government auditor Datuk Nor Salwani Muhammad affirmed again to the court that her department then had already concluded its audit on the troubling sovereign wealth firm and was ready to table its final report to the PAC on the same day but rescheduled due to the aforementioned high-level meeting among stakeholders.

“If not for the February 24 meeting, then the watermarked 9 report (the original audit report) would have made it to the PAC,’’ she said.

Salwani had given her answer during re-examination by senior deputy public prosecutor Datuk Seri Gopal Sri Ram who had quizzed her on whether the original or the amended report would have been tabled to the PAC if the February 24 meeting had not taken place.

In this trial, Datuk Seri Najib Razak is accused of having misused his positions as prime minister and finance minister to order for the 1MDB audit report changes to avoid civil or criminal action, while 1MDB former chief executive, Arul Kanda Kandasamy is accused of having helped Najib commit the alleged offence.

Earlier in the day, Salwani was under cross examination by Arul Kanda’s lawyer Datuk N. Sivananthan who posited to her that the February 24 meeting was actually another exit conference and it is not unusual for the auditee to request changes to be made to the draft audit report.

However, Salwani disagreed with Sivananthan’s suggestion and testified that the meeting conducted on the said date was not an exit conference as the department had already completed its audit.

The 2016 meeting among stakeholders had taken place at the office of the then Chief Secretary to the Government Tan Sri Ali Hamsa, where decisions were made to remove or change certain parts of the audit report, including omitting the existence of 1MBD’s two conflicting financial statements for 2014.

Salwani, who is now a director at the National Audit Department (NAD), was in 2016 the coordinator for the department’s special audit team that was tasked to inspect 1MDB’s financial health.