HomeNationalIn solidarity with Najib, Zahid says there's 'your truth, my truth and...
National

In solidarity with Najib, Zahid says there’s ‘your truth, my truth and the truth’ 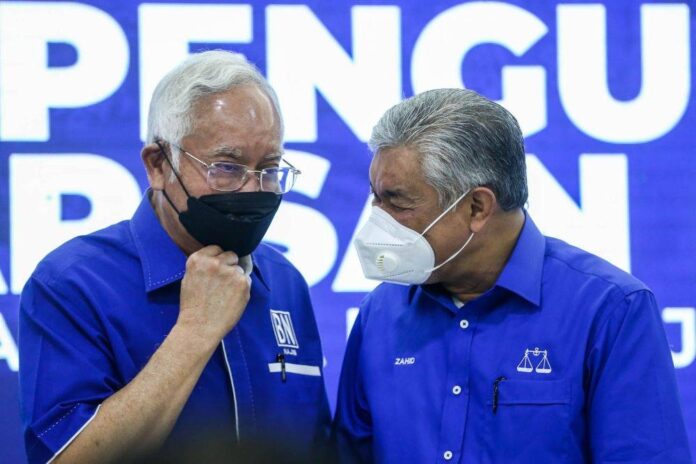 The Bagan Datuk MP urged the rest of their party colleagues to also fully support the former prime minister, after several Umno insiders allegedly criticised senior leaders for keeping quiet about the Federal Court decisions to reject Najib’s bid to adduce new evidence and seek a postponement in hearing his last appeal.

“Justice is indeed a long road. There is even an expression that there are three types of truth. Your truth, my truth and the truth. Truth Is God’s Word.

“Let us continue to be united, in solidarity with Najib. Do not give up. Be patient and keep fighting with us,” Zahid said in a Facebook entry this morning.

Heaping praises on Najib, Zahid said his party predecessor has contributed much to Umno and the Barisan Nasional government and continues to thwart Pakatan Harapan’s repeated attempts to “bury” their party.

The conviction would send the scandal-tainted former prime minister Najib to prison for 12 years and pay a RM210 million fine.

Najib had been found guilty of one count of abuse of power, three counts of criminal breach of trust, and three counts of money laundering by the High Court in July 2020.