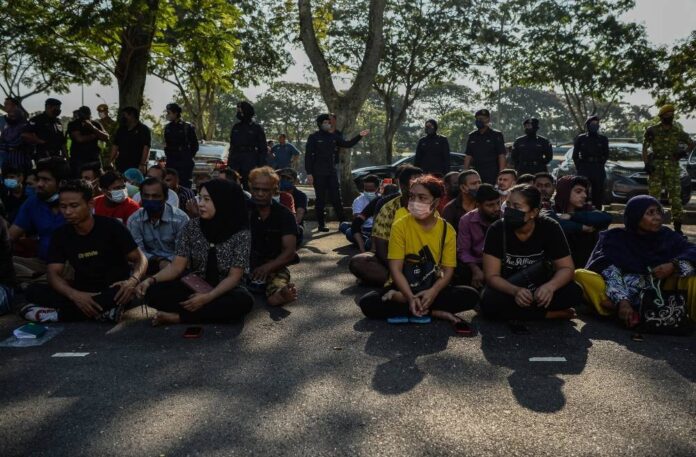 KUALA LUMPUR, Aug 17 — Eight Myanmar men suspected to have just entered the country illegally were arrested in an integrated operation at the Kuala Lumpur wholesale market near Selayang this morning.

“All the men, aged between 20 and 40, were arrested under Section 5 of the Anti-Trafficking in Persons and Anti-Smuggling of Migrants Act (ATIPSOM) 2007,” he told a press conference after the operation.

He said 400 immigrants were checked in the operation against drug abuse and gansterism.

Meanwhile, Jalaluddin said his ministry, in collaboration with other enforcement agencies, would continue to conduct operations to ensure business premises in the city adhere to their licensing conditions.

“In today’s operation, three business premises at the wholesale market were sealed for being rented out to and run by foreigners,” he said.

He advised traders not to hire illegal migrants or rent out their business premises to them, saying DBKL would take firm action against anyone who breached their business licence conditions. — Bernama