HomeNewsIGP: No compromise on corruption, violation of laws by police personnel
News

IGP: No compromise on corruption, violation of laws by police personnel 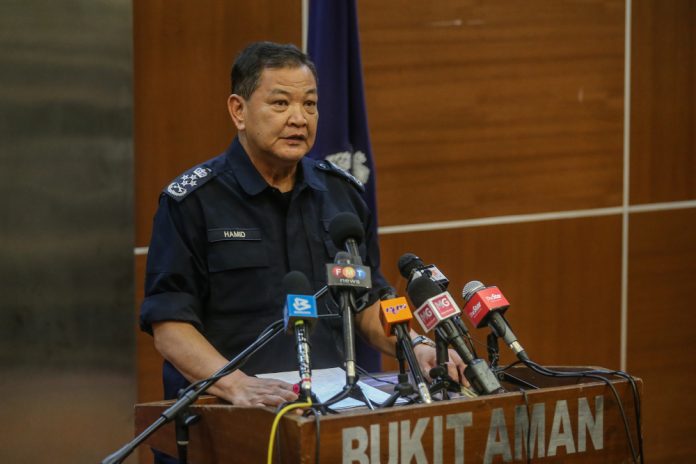 KUALA LUMPUR, Nov 26 ― The Royal Malaysia Police (PDRM) would not ever compromise on corruption and violation of laws involving its workforce, said Inspector-General of Police, Tan Sri Abdul Hamid Bador.

He said currently, PDRM faced negative public perception following the arrest after arrest of its personnel for committing the crime of corruption.

“Due to the small number who had no integrity and were selfish, the whole PDRM workforce has been condemned and accused of the crime by the public. It’s like (the proverb), ‘harapkan pagar, pagar makan padi‘ (we trust the fence to protect the padi, instead the fence destroys the padi).

“Termination of service will be taken against those involved in corruption and repeated serious misconduct,” he said at the launching of the PDRM Anti-Corruption Plan booklet at Bukit Aman, which was broadcast live via the official Facebook of its Integrity and Standard Compliance Department, here, today.

Abdul Hamid said the drawing up of this plan with six main thrusts was prove of PDRM’s commitment to eradicating corruption and practising transparency.

Abdul Hamid was confident that the anti-corruption plan could set the direction to place PDRM on the right track and serve as a guideline for the police workforce to give the best services to the people and country.

He hoped that all these efforts could help redeem the image of the police force and return the public’s trust in its credibility as the main law enforcement agency in the country. ― Bernama