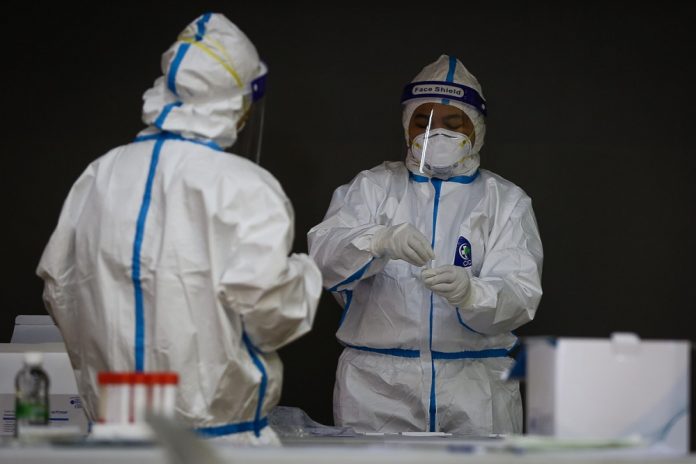 “Kuching, Samarahan, Julau, Subis, Kapit, Bintulu, Miri and Sibu districts remain as red zones with a total of 2,036 local transmissions recorded in the eight districts in the last 14 days.

“Song, Bukit Mabong, Beluru, Dalat and Sri Aman districts remain as orange zones with a total of 142 local transmissions recorded in the five districts in the past 14 days,” SDMC said in a statement giving the daily update on Covid-19 in Sarawak.

The districts of Sarikei, Lundu, Bau, Matu, Selangau, Saratok, Sebauh, Tatau, Pakan, Serian and Belaga remain as yellow zones, with a total of 62 local transmissions recorded in the last 14 days.

The remaining 13 districts in the state remain as green zones.

Meanwhile, SDMC stated that the Sibu district had carried out active case detection in Zone 7 (Tiong Hua) on February 20 and February 21, where a total of 1,207 samples were taken out of which eight samples were found positive.

The committee also noted that the police had issued six compounds for violating standard operating procedures (SOP), with four issued in Padawan and one each in Lawas and Belaga. — Borneo Post Online