Home News Baby suspected to have been abused after traces of cerebral hemorrhage, bleeding...
News

Baby suspected to have been abused after traces of cerebral hemorrhage, bleeding in eye detected 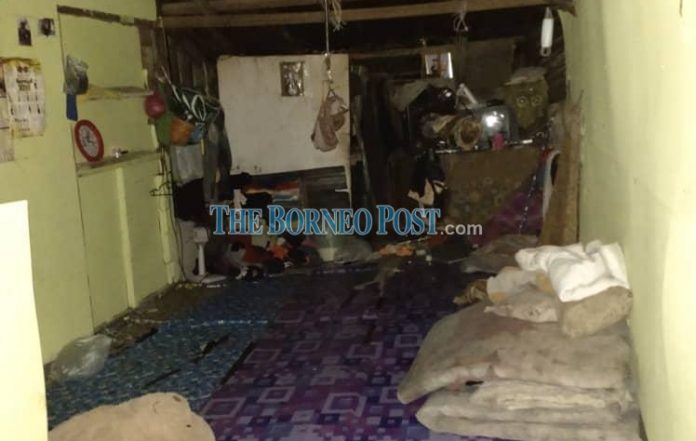 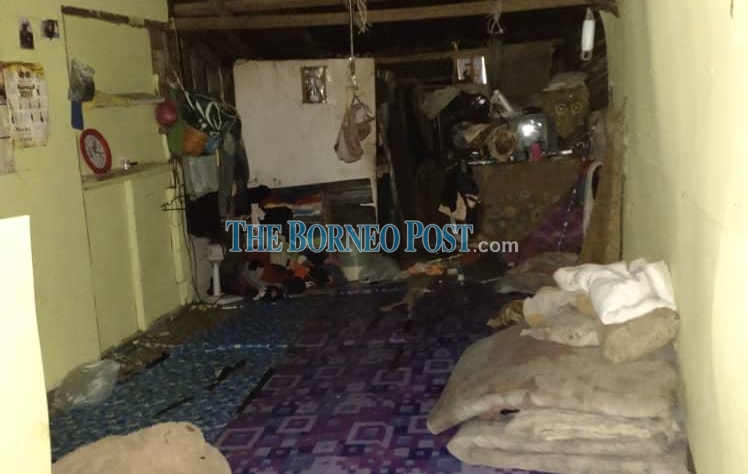 The dilapidated state of the victim’s house.

SIBU (Feb 23): A 17-month-old baby is suspected to have been abused after traces of cerebral hemorrhage and bleeding in the eye were detected.

This matter was discovered by the Sibu Hospital after they received the patient (baby) from Kanowit Hospital for the purpose of scanning the baby’s brain on Feb 18.

Kanowit district police chief DSP Tega Bilong said that the baby was being treated in the Children’s Intensive Care Unit in Sibu Hospital and had undergone brain surgery.

“An examination showed cerebral hemorrhaging and eye bleeding which was suspected to have resulted from shaking or child abuse.

“No other signs of injury were found on the baby’s hands, feet or body,” Tega said in a statement today.

He said that the hospital had been advised to lodge a police report after the examination found serious eye bleeding and cerebral hemorrhaging that was inconsistent with the baby’s mother’s statement.

The 28-year-old mother had stated that her baby had been found unconscious after being suspected of falling while playing by climbing the wooden window at home while the parents had gone out to buy necessities at the market.

The parents had rushed the baby on motorcycle to Kanowit Hospital to receive treatment, Tega said.

He said that he had heard the sound of something falling and immediately went into the house where he found the victim in a semi-conscious state.

The victim’s grandmother was said to have put the victim on her lap while waiting for help to arrive.

It is learnt that the victim’s house has no electricity or clean water supply.

“The house was in a dilapidated state where the floor is uneven and there are high floors in the house. The house was also inhabited by seven people and the victim’s mothers had two children from a previous marriage.

“The victim’s mother has been remarried for three years and both husband and wife do not have fixed jobs,” Tega said.

He said that the victim was still receiving treatment at the Sibu Hospital Children’s ICU.

“No arrests have been made until the medical report from Sibu Hospital confirms that the victim’s injuries were caused by abuse,” Tega said.

He noted that the case was being investigated under Section 31(1)(a) of the Child Act 2001.


The post Baby suspected to have been abused after traces of cerebral hemorrhage, bleeding in eye detected appeared first on Borneo Post Online.