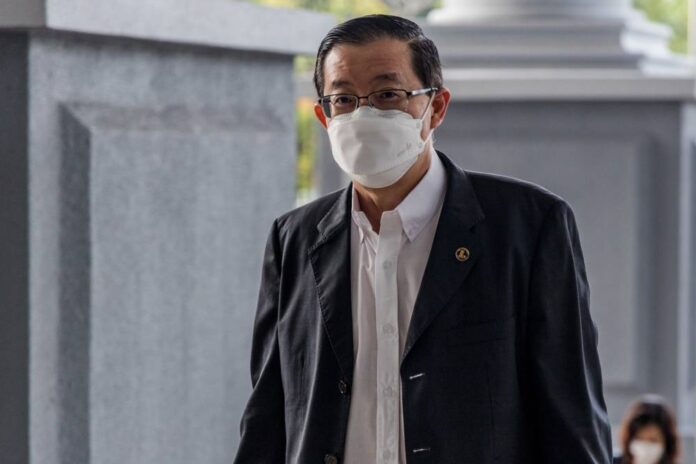 Lim urged Saravanan to streamline the application process and remove barriers that he claimed had previously made the hiring of migrant workers difficult. — Picture by Firdaus Latif

KUALA LUMPUR, Aug 17 — Former finance minister Lim Guan Eng said today the Human Resources Ministry’s call to lift the two-week ban of migrant worker intake was a welcomed move that would save the recruitment process from “the brink of chaos”.

But Lim said its minister, Datuk Seri M. Saravanan, would still need to streamline the application process and remove barriers that he claimed had previously made hiring difficult, as he suggested that the policy U-turn had indirectly corroborated claims that the temporary hiring freeze was a dismal idea.

“This U-turn by Saravanan confirms that the two-week suspension or temporary freeze would hinder efforts by all industries to overcome the 1.2 million worker shortage and inflicted losses of RM33.5 billion to the plantation sector, glove and auto spare parts industry alone,” Lim said in a statement.

“Saravanan should also look at how to help and not harm businesses, by improving current application procedures and conditions on hiring foreign workers to make it more transparent, decentralised via the One Stop Centre approach and efficient.”

This comes as key industries, now facing a severe labour shortage, said the temporary ban would have cost them billions of ringgit in losses.

Saravanan announced yesterday that the temporary freeze on applications to hire foreign workers will be lifted starting this Friday after industries piled on the pressure.

Among them were the Federation of Malaysian Manufacturers, who said the two-week suspension would disrupt economic recovery by derailing the manpower planning of the industry.

Presma claimed that the lack of foreign workers has already caused 3,000 restaurant operators out of 12,000 registered association members to be closed since the Covid-19 pandemic started more than two years ago.

The mamak restaurant industry needs at least 30,000 more workers to fill vacancies across the country.