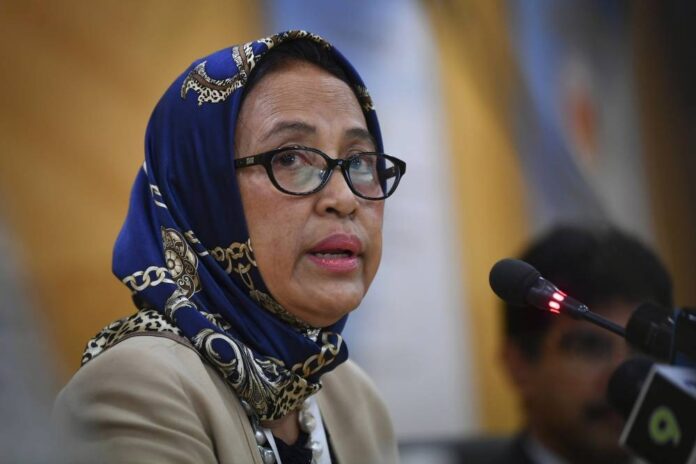 PUTRAJAYA, Aug 17 — There is no strong evidence to link the death of a houseman attached to the Penang Hospital (HPP) with elements of bullying at the workplace, Healthcare Work Culture Improvement Task Force’s (HWCITF) analysis revealed.

“HWCITF maintains this view that as long as there is no additional information related to the death of the houseman received from the police following their investigations into the case,” she said during the media briefing on the Healthcare Work Culture Improvement Report 2022 here today.

The HWCITF was set up on May 13 following the death of the houseman attached to the HPP, in addition to reports and complaints received regarding bullying incidents and psychological stress faced not only by housemen but also health service staff.

On April 17, a 25-year-old male houseman was found dead, believed to have fallen from his apartment building near the HPP.

On the findings of a survey on healthcare work culture, which involved 110,411 respondents from the MoH, Siti Hamisah said 60 per cent of them stated that the MoH work culture was positive, especially in regard to patient care, community and teamwork.

She said incidents of burnout, bullying and unhealthy work culture do occur at the MoH but were at different levels and not at all MoH health facilities.

“The bullying culture does not only occur among the housemen, but across all levels of MoH employees, either directly or indirectly.

“Among the contributing factors are the lack of competence, skills and level of readiness to carry out the assigned tasks,” she said.

Siti Hamisah said the task force also found that compliance with the housemen’s flexible work system was not comprehensive, housemen’s training was not consistent from one hospital to another, and long working hours for the housemen as among other issues.

“Hence, the HWCITF proposed a more structured and consistent approach through compliance and strengthening of the existing standards and guidelines,” she said.

Siti Hamisah said the task force also found the need to optimise the number of human resources and infrastructure facilities to ensure continuity of the best patient care.

“Most of the work is still carried out manually and the lack of digitalisation has caused an increase in avoidable workload and delays in the delivery of health services,” she said.

The HWCITF also outlined 10 main recommendations to improve and empower health services at the MoH and all its facilities, including the improvement of the e-housemen system and the establishment of a housemen support group.

“The proposed improvement of work culture must not have a negative impact on the quality of their medical officers and services,” she said. — Bernama