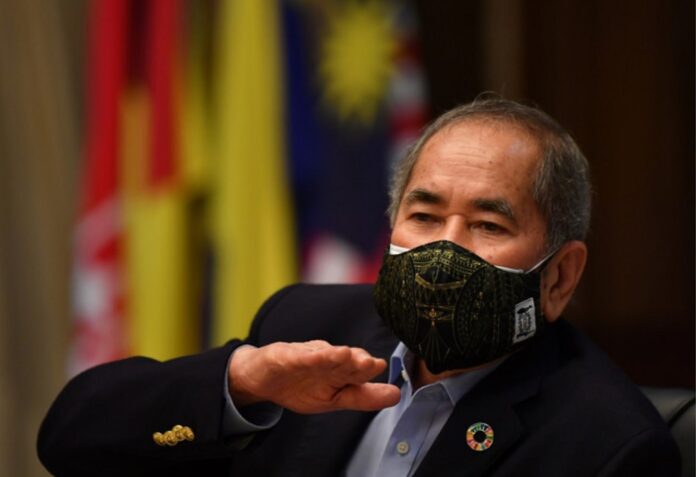 The minister in the Prime Minister’s Department (Parliament and Law) then directed questions about the Bill commonly known as RUU355 to his Cabinet colleague in charge of religious affairs, Idris Ahmad. — Bernama pic

KUALA LUMPUR, Nov 15 — Datuk Seri Wan Junaidi Tuanku Jaafar said the Shariah Courts (Criminal Jurisdiction) (Amendment) Bill to increase the criminal penalties in Islamic courts has not been brought to him for tabling in Parliament.

The minister in the Prime Minister’s Department (Parliament and Law) then directed questions about the Bill commonly known as RUU355 to his Cabinet colleague in charge of religious affairs, Idris Ahmad.

“So, nothing was referred or brought to me for reference on the Bill to be brought in Parliament,” he told the Dewan Rakyat during the winding-up session for his portfolio today.

Wan Junaidi was responding to Datuk Ahmad Jazlan Yaakub (Machang-BN) who previously raised the question during his turn to debate the Supply Bill (Budget 2022) last week.

RUU355 was first tabled in the Dewan Rakyat on May 26, 2016, as a private member’s Bill by PAS president Tan Sri Abdul Hadi Awang.

The last time it was raised in the Dewan Rakyat was on September 16, when Prime Minister Datuk Seri Ismail Sabri Yaakob told Shah Alam MP Khalid Abdul Samad that the government planned to amend the Act this year.

“Throughout 2020 and 2021, the government, through the Islamic and Civil Law technical committee, under the National Council for Islamic Religious Affairs, held a series of meetings to discuss RUU355.

“This is to look into various aspects, especially the constitution and syarak law so that RUU355 is more comprehensive and further strengthens the criminal jurisdiction of the Shariah courts,” Ismail Sabri said in a written reply posted on the Parliament website back then.

Wan Junaidi also said he was working to table all the Bills discussed on the memorandum of understanding (MoU) between government and Pakatan Harapan, before or during the July meeting next year.

The Bills Wan Junaidi mentioned were the Anti Party-Hopping Bill, one proposing a two-term limit (10 years) for the post of prime minister; and a Bill related to Parliament services to ensure independence of parliamentary administration and finances.

Another Bill already tabled by the Santubong MP for first reading were for a constitutional amendment to make the definition of Sabah and Sarawak consistent with the Malaysia Agreement 1963.