US Intercepts Missile Attacks In Afghanistan Before Withdrawal Deadline 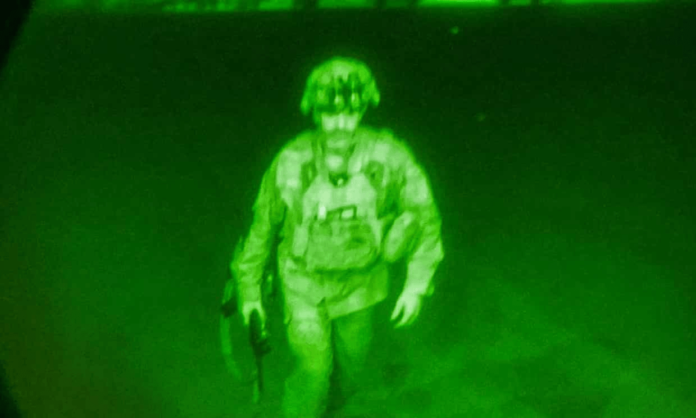 As American efforts to evacuate troops and citizens from Afghanistan reaches a point of completion, US anti-missile defences are already at work defending attacks. At least five rockets were intercepted stopping them on their tracks, aiming at the Kabul airport.

Currently, America has evacuated about 114,400 people including foreign nationals and Afghans deemed at risk. Meanwhile, British forces have also been evacuated from Afghanistan and efforts are being made to protect the only remaining infrastructure to help people evacuate, if need be.

The onslaught of missiles and suicide bombs have been organized by ISIS who have taken complete responsibility of the attacks. According to Afghan media, the recent missile attacks were initiated from the back of a vehicle. Several other missiles struck various parts of the Afghan capital.

These attacks are going unabated. But later on, a US drone strike was initiated to bring down a suicide car bomber who Pentagon officials said had been preparing to attack the airport on behalf of the ISIS-K, a local affiliate of the Islamic State. It is both enemy of Taliban and the West.

Drone attack led to casualties which has been criticized by Taliban as American unlawful.  America will continue to evacuate as many as possible till the deadline of August 31. Canada and Germany have already ended their evacuation efforts each clearing each 4000 plus citizens and Afghanis. However, about 300 German citizens remain in Afghanistan, a spokesman for the foreign office in Berlin shared with the media.

Other countries that have already finished and closed their evacuation efforts include Ireland, Italy, France, Sweden, Belgium, Poland, Hungary, Denmark, Ukraine, Austria, Switzerland, Netherlands, Spain, UAE, Qatar, India, Australia, New Zealand and Turkey. Some definitely remain and might have to wait for longer before any of countries decide to take the bull by its horns, again.