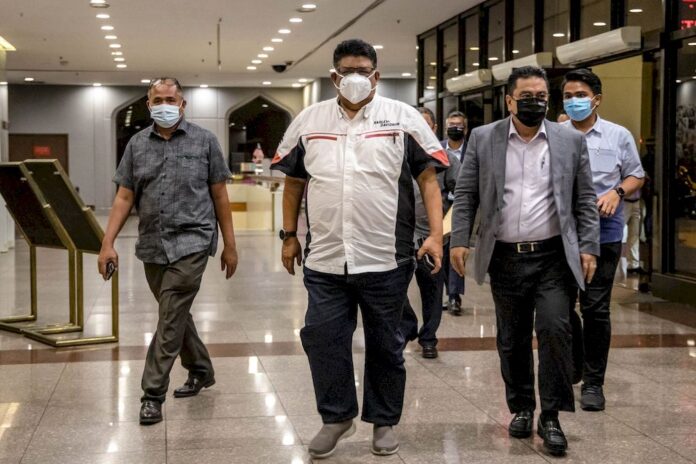 KUALA LUMPUR, Oct 14 — Senior Umno leaders have begun arriving at the party headquarters here for a supreme council meeting to decide their position on the state election in Melaka.

It is believed the meeting was scheduled for 8pm.

Earlier today, Umno supreme council member Tan Sri Annuar Musa said the party would decide tonight whether it would contest the state election independently with Barisan Nasional or as part of a larger coalition.

This is despite Umno president Datuk Seri Ahmad Zahid Hamidi announcing yesterday that the party and BN will be standing alone in the Melaka polls, without PAS or Bersatu that were nominally allies.

Ahmad Zahid’s statement has brought into question the longevity of the party’s Muafakat Nasional charter with PAS, a hastily cobbled alliance that was formed between the parties after Barisan Nasional was defeated at the 2018 elections.

Ahmad Zahid and Prime Minister Datuk Seri Ismail Sabri Yaakob were not seen entering from the main lobby but are believed to have entered the building through the basement entrance away from the press.

The need for a new state government, which would be the third in as many years in Melaka, was triggered by the withdrawal of support for Umno’s Sulaiman Md Ali by four assemblymen, causing him to lose the majority.

Idris, a former chief minister, and Noor Azman were later sacked by Umno for their betrayal of the BN-led government, while Noor Effandi was also dismissed by Parti Pribumi Bersatu Malaysia. Norhizam, formerly from DAP, is an independent.

Following their withdrawal, Melaka Governor Tun Mohd Ali Rustam consented to the dissolution of the state assembly, which triggered the requirement for snap polls within 60 days.