HomeSportsThomas Cup: Revenge beckons for Malaysia after being drawn against Indonesia in...
Sports

Thomas Cup: Revenge beckons for Malaysia after being drawn against Indonesia in quarterfinals 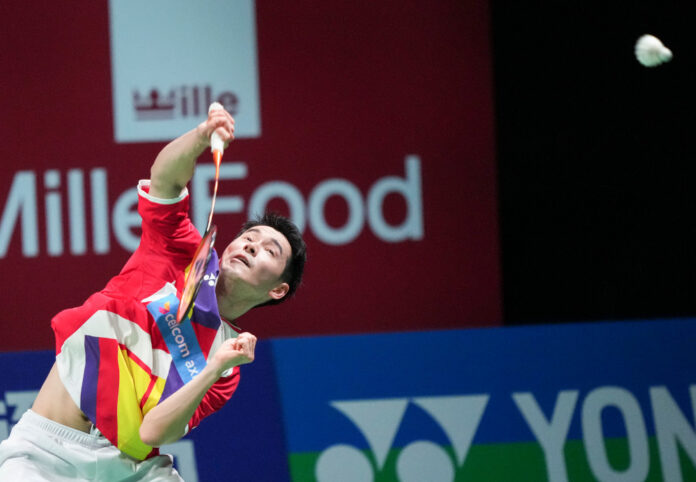 AARHUS, Oct 14 — Malaysia have been given the chance to exact revenge on Indonesia after both teams were drawn to meet in the quarter-finals of the Thomas Cup here at 1.30pm tomorrow (7.30pm Malaysian time).

Malaysia, who ended up second in Group D after losing 4-1 to Japan at the Ceres Arena today, were beaten 3-1 by Indonesia at the same stage of the tournament in the 2018 edition in Bangkok, Thailand.

Indonesia, who topped Group A, have won the Thomas Cup a record 13 times while Malaysia have lifted the coveted trophy five times, most recently in 1992.

If the young Malaysian side get past Indonesia, they will face either Denmark or India in the last four.

Commenting on the draw, Badminton Association of Malaysia (BAM) coaching director Wong Choong Haan hoped that his men would be able to bounce back tomorrow after today’s loss to mighty Japan.

“I feel that we must learn to accept our loss to Japan today because they are, after all, the top seeds. I have faith in my players that they can bounce back from today’s setback when they face Indonesia tomorrow.

“All the teams are equally strong, so it doesn’t matter who we meet. So, we have to come up with a strategy and show our capabilities for the challenging task that awaits us that’s important.

“Our panel of coaches will discuss and try to come up with the right strategy for tomorrow,” he said.

Meanwhile, in today’s final group match against Japan, the story of the day was how 22-year-old Leong Jun Hao, who is ranked 120 in the world, pulled off a stunning 21-19, 21-18 win over world number 16 Kenta Nishimoto in the third singles.

The win extended Momota’s winning record against Zii Jia to eight in 10 meetings, with his two losses to the Malaysian coming in this year’s All England quarter-finals and the recent Sudirman Cup semi-finals.

Japan then sealed the winning point in second singles when world number 13 Kanta Tsuneyama held off a spirited first-game display by Cheam June Wei, ranked 70th in the world, to triumph 22-20, 21-13.

Then came Jun Hao’s heroics against Kenta to put a smile on Malaysian faces.

Malaysia and Japan went into today’s match knowing they had already confirmed their places in the quarterfinals. Malaysia beat Canada 5-0 while Japan defeated them 4-1. England, who were supposed to be in the group had withdrawn earlier. — Bernama

Milan beat nine-man Bologna to go top of Serie A

Verstappen edges Hamilton for US Grand Prix pole in front of 120,000 fans