Uber offloads air taxi unit to Joby Aviation, invests US$75 mil in it 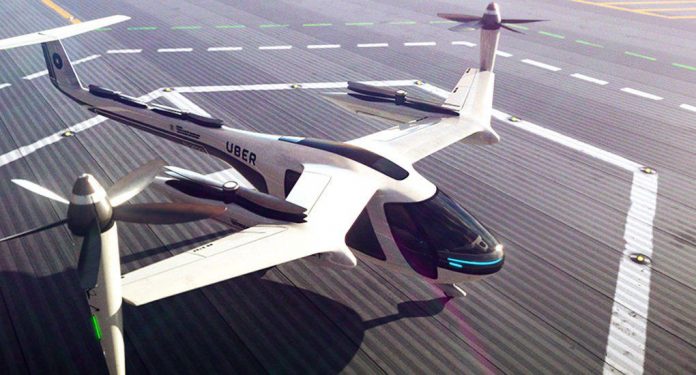 SANTA CRUZ: Uber will sell off its air transport unit to flying taxi maker Joby Aviation, the company said, as it streamlines operations to navigate a ride-share market scuttled by the pandemic.

The deal will see Joby acquire Uber expertise and software, and able to offer its all-electric, vertical take-off and landing passenger aircraft on the ride-hailing giant’s app.

While financial terms of the deal were not disclosed, they include Uber investing US$75 million (RM305 million) into Santa Cruz-based Joby, which has said it hopes to have its flying taxis in operation as early as 2023.

The sale of Uber Elevate — dedicated to electric aircraft and delivery drones — to Joby will “accelerate the path to market” for flying taxis, Uber chief executive Dara Khosrowshahi said in a joint release Tuesday.

Founded in 2009, Joby Aviation is developing a four-passenger electric aircraft that takes off and lands vertically, like a helicopter, though it has multiple rotors.

The firm envisions the aircraft as a mode of commercial transport, rather than for sale to individuals, with its pilots ferrying commuters around.

Uber said it had already invested US$50 million in Joby during a fundraising round early this year.

News of the sale came shortly after Uber announced an agreement to sell its autonomous car division to Amazon and Hyundai-backed Aurora in a deal that gives it a 26% stake in the startup developing self-driving technology.

As part of the deal, Uber will invest US$400 million in Aurora to merge the teams from both firms seeking to advance the technology for driverless ride-hailing.

The companies expect the self-driving technology to be initially put to use for long-haul trucking.

Khosrowshahi will also join the Aurora board of directors as part of the deal. The merged firm will work on the technology to be known as Aurora Driver.

Last month Uber reported that it lost US$1.1 billion in the recently ended quarter as the pandemic walloped its ride-hailing business, while boosting its food delivery service.