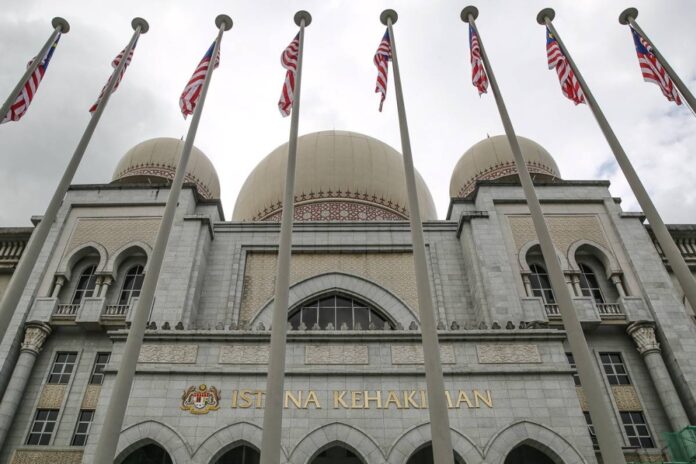 A general view of the Federal Court in Putrajaya August 23, 2022. — Picture by Yusof Mat Isa

PUTRAJAYA, Sept 29 — The Federal Court here today dismissed a taxi driver’s application to obtain leave to proceed with his appeal in a bid to delist the Liberation of Tigers Tamil Eelam (LTTE) as a terrorist group.

In the court’s decision, Justice Datuk Vernon Ong Lam Kiat, who led the three-member panel of judges, said after considering the arguments raised and perusing the appeal records, leave was refused with no order as to cost as the matter related to public interest.

He said the five questions proposed by V. Balamurugan’s lawyers did not meet the threshold requirement under Section 96 of the Courts of Judicature Act 1964.

The questions presented by Balamurugan’s lawyers related to the scope and limits of the Home Minister’s power in declaring entities under Section 66B(1) of the Anti-Money Laundering, Anti-Terrorism Financing and Proceeds of Unlawful Activities Act 2001.

Balamurugan, 40, lost his appeal at the Court of Appeal which was dismissed on April 14, this year. Last May 20, he filed an application to seek leave to pursue his appeal to the Federal Court.

In his judicial review, naming the Home Minister and the government as respondents, Balamurugan sought to declare the LTTE details in the gazette as null and void and the listing of LTTE as unlawful because it was ultra vires to the Federal Constitution.

He also wanted a certiorari order to quash the listing of LTTE in the gazette, Anti-Money Laundering, Anti-Terrorism Financing, and Proceeds of Unlawful Activities (Declaration of Specific Entities and Reporting Requirements (Amendment) 2014, dated Nov 12, 2014.

Balamurugan was among 12 individuals charged in late 2019 over alleged support for the LTTE. However, in February 2020, the then Attorney-General Tan Sri Tommy Thomas dropped the charges against them.