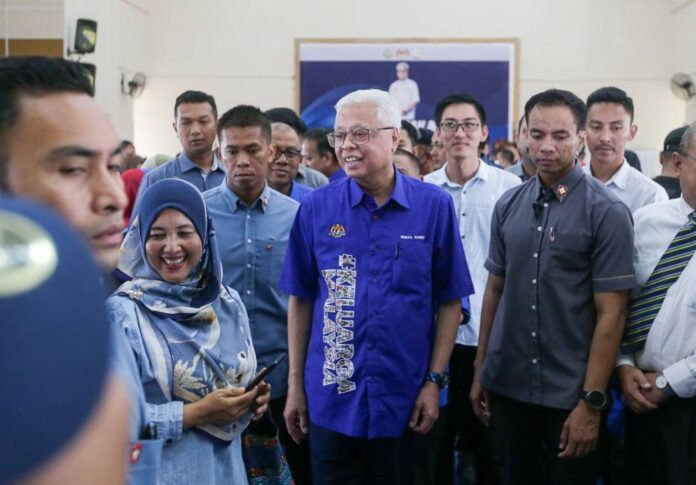 SUNGAI SIPUT, Nov 15 — Datuk Seri Ismail Sabri Yaakob has advised Barisan Nasional (BN) leaders not to point the finger at anyone for the coalition’s loss in the previous general election (GE14).

Speaking to reporters after a meet-and-greet session at the Federal Land Development Authority (Felda) Lasah settlement here, the caretaker prime minister urged all members of the coalition to unite and focus on winning the upcoming general election (GE15).

“I think we should forget about the election in 2018, about who’s to blame or not. We have to move forward, and the most important thing is we have to win this general election.

“We should not cry over spilled milk because we cannot change anything. The most important thing is learning from our mistakes and ensuring that we are the party that is going to form the federal government,” he said.

Ismail Sabri’s comments came after MIC deputy president Datuk M. Saravanan said that BN would not have been defeated in GE14 if disgraced former prime minister Datuk Seri Najib Razak had not stood for election.

Najib is currently serving a 12-year sentence in Kajang Prison after losing his appeal to reverse his conviction of misappropriating RM42 million from government investment company SRC International Sdn Bhd.

Separately, commenting on Sungai Buloh candidate Khairy Jamaluddin’s announcement that he wanted to “clean up” Umno, Ismail Sabri said that he does not know what he means by that and urged all candidates to focus on winning their respective seats.

He said that BN candidates should avoid talking about internal party polemics and concentrate on recapturing Putrajaya.

“Whatever his opinion may be, I am not sure because I didn’t ask him what he meant. But the focus must now be on winning,” he added.

During a ceramah session in Sungai Buloh over the weekend, Khairy said he wanted to clean up Umno’s image and admitted disliking a few of his party colleagues.

He said that if he prevails in Sungai Buloh, there will be bigger challenges ahead, such as bringing change to the country, Umno and BN.