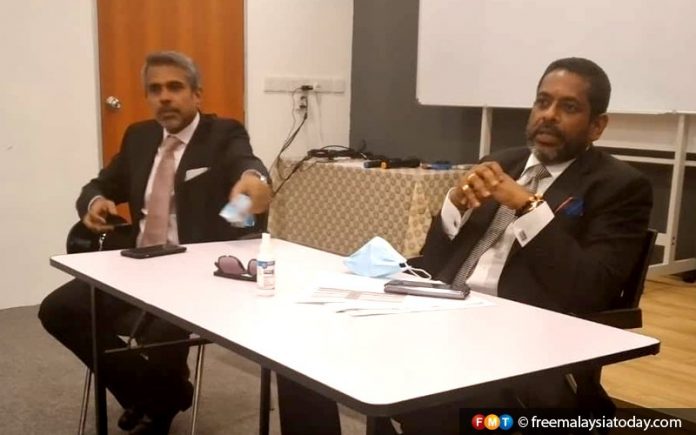 SHAH ALAM: The Selangor Bar Committee has urged the state Lands and Mines Department to consult them over conflicting procedures at district offices when it comes to land transactions during the current Covid-19 pandemic.

Its chairman, V Murali, said their 6,000 lawyers were answerable to their clients and the present situation had left much to be desired.

He said the rules at the land office in Sepang may be different from that in Petaling Jaya and time is wasted by lawyers in fulfilling these conditions.

Murali said the Bar committee did not expect their views to be implemented fully but wanted their opinion to be heard as lawyers played an important role in land office matters.

“It also means more revenue to the state and legal firms if land dealings are completed on time,” he said.

Murali said the many problems at the district level had affected lawyers.

“The pandemic badly hit some legal firms which depended on quick closing of deals to sustain their operations.”

He said the committee wrote to Menteri Besar Amirudin Shari in August on the woeful state of affairs but the letter was instead directed to the department head and since then there had been no progress.

The committee representative to the Malaysian Bar Council, AG Kalidas, said a new working norm had emerged and everyone had to comply with the SOPs enforced to contain the pandemic but these should not affect land dealings in any way.

“This situation will continue until everyone is vaccinated. In the meantime, everyone must learn to think out of the box.”

He said a user-friendly system must be implemented at all land offices for the convenience of the public and legal fraternity.

“Land offices should learn to adapt and cope with the situation, just like the courts which have implemented virtual hearings to prevent a backlog of cases,” he said.

This came about after the Bar committee had urged the department to increase the daily quota of 200-300 land transactions.

Murali and Kalidas praised the department for listening to the grouses of the lawyers and hoped their other complaints on standardising rules and procedures regarding land transactions will also be looked into.