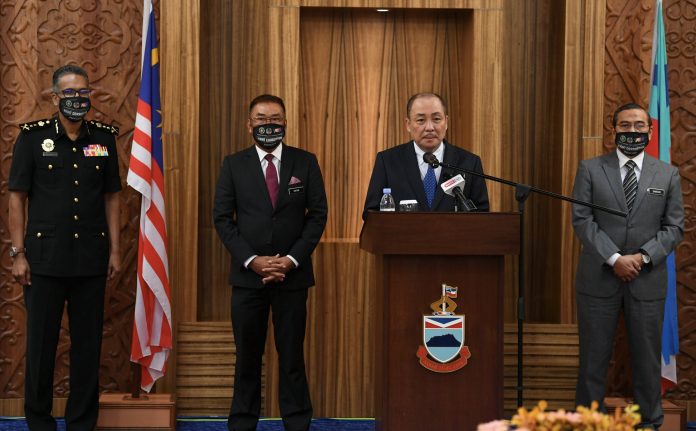 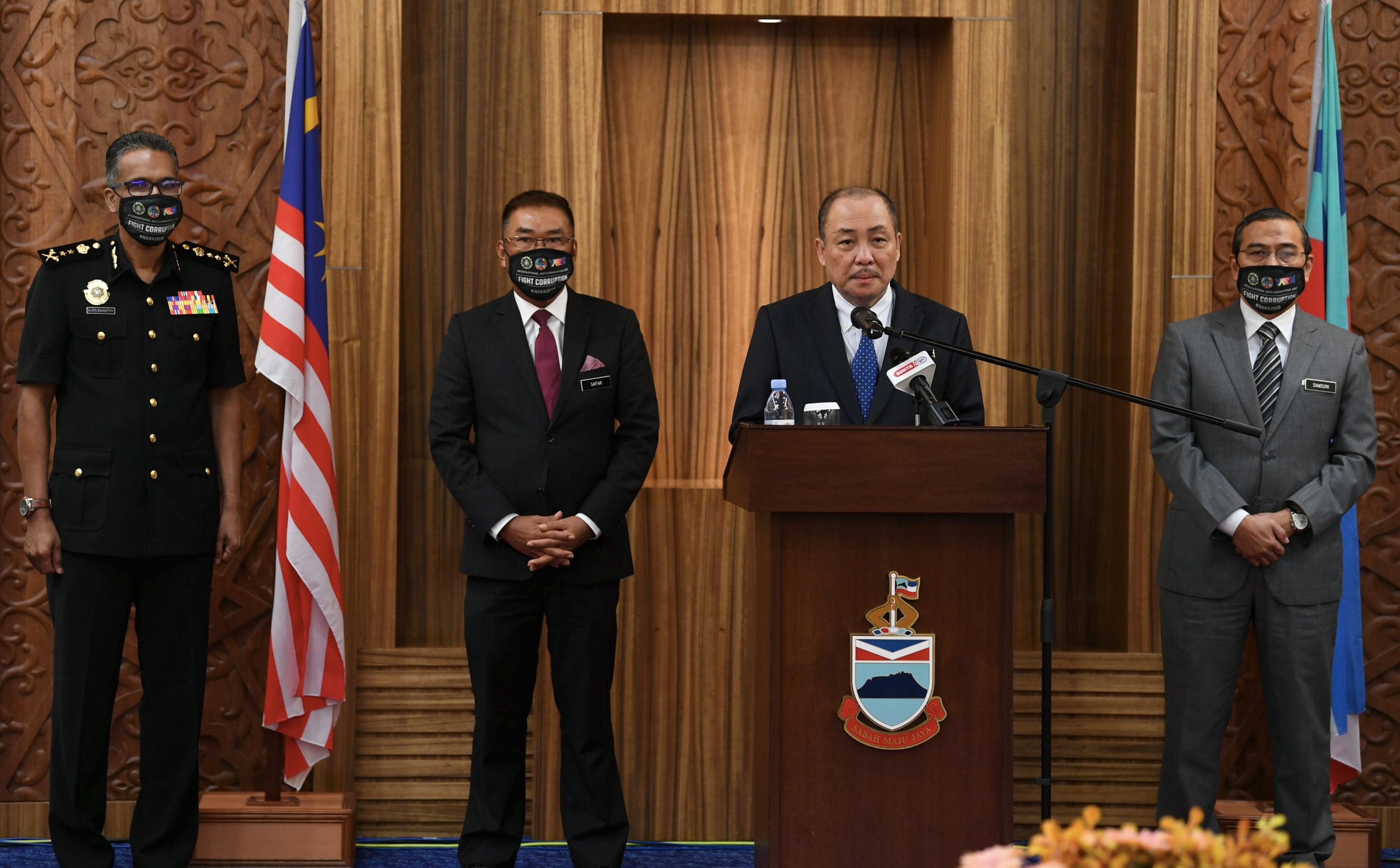 Hajiji delivering his message in conjunction with the state-level International Anti-Corruption Day celebration at Sabah State Administration Centre yesterday. Seen with him are Safar (second left), Samsuni (right) and Karunanithy.

He said that he strongly emphasised for the system and procedures of all state public service agencies should be studied and scrutinised so that there is no room for corruption, abuse of power and malpractice in the future.

“The implications of corruption are horrible that it leads to the collapse of the country as previous history shows that great civilisations have disappeared due to corruption.

“Therefore, to ensure that our state continues to progress and prosper, it is my responsibility as its leader, and all Sabahans to work together in combating the symptoms of corruption,” he said.

Hajiji said that based on the findings of a study on the perception of the effectiveness of anti-corruption actions by the MACC, it showed that the Sabahans expressed 93.3 per cent support and 83.4 per cent confidence in efforts carried out in the state.

“This high percentage shows the seriousness and readiness of the people of Sabah to work with the MACC to fight corruption in the state.

“Also, based on the same study at the national level, it shows that Malaysians express 86.9 per cent of support and 75.7 per cent confidence in anti-corruption efforts being implemented in the country,” he said.
Therefore, as the head of Sabah administration, he advised that both state and federal agencies to continue to increase the campaign to strengthen integrity among the people of Sabah. – Bernama