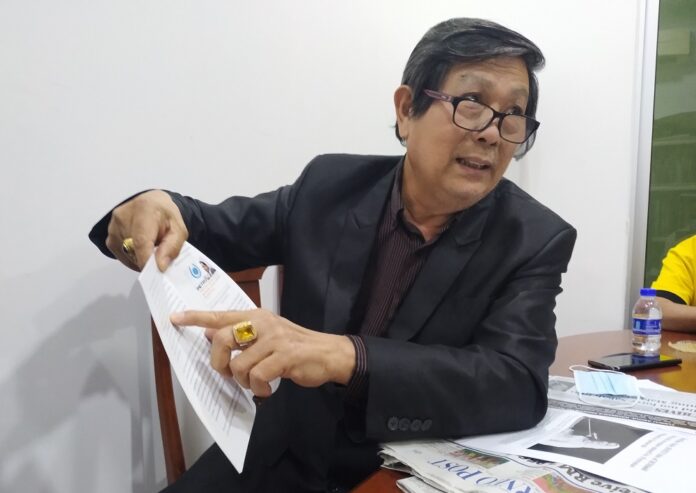 KUCHING, Oct 13 — Parti Bumi Kenyalang (PBK) president Voon Lee Shan today said the state government should not be the one to foot the bill for the RM500 one-off financial incentive for federal officers serving in Sarawak in recognition of their service.

He said his party is not opposed to financial incentives for federal officers, but insisted that the funds should be from federal coffers, not the state’s.

Voon, who is also a practising lawyer, estimated that nothing less than RM200 billion from oil and gas resources and taxes was collected by the federal government departments and Petronas.

On the state Budget, Voon said it came with carrots to entice Sarawakians to return Gabungan Parti Sarawak (GPS) back to power.

“A huge budget of RM10.136 billion with a total of RM4.803 billion or 64 per cent being allocated for rural-based infrastructures projects and people-centric programmes shows that the GPS is desperate to cling on to power.

“The huge allocation for the rural areas shows that GPS is relying on votes in rural constituencies to win in the 12th state election,” he said.

He said the allocation will not help rural folks improve their lives by much because they lag too far behind, adding such efforts should have been done much earlier.

“It seems that there is no allocation to uplift poverty of the urban poor and homeless people in urban areas.

“This is not healthy,” he said.