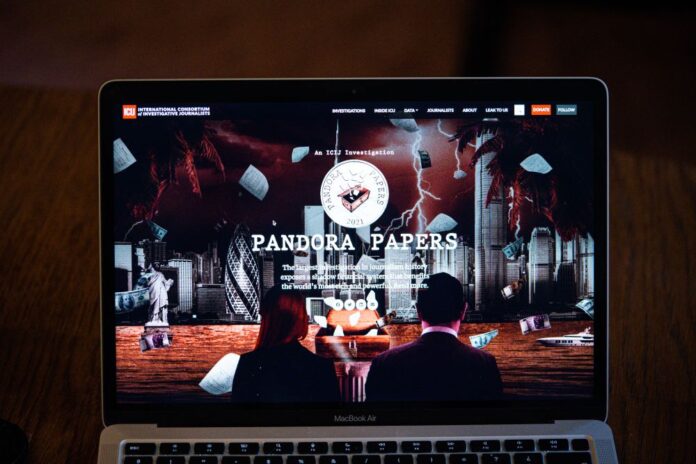 An ilustration of a laptop showing the website of the International Consortium of Investigative Journalists with the presentation of the Pandora Papers in Paris October 4, 2021. — Reuters pic

KUALA LUMPUR, Oct 13 — DAP secretary-general Lim Guan Eng today urged the Ministry of Finance (MoF) to direct Bank Negara Malaysia (BNM) to launch a full investigation into the Pandora Papers expose to show that the Malaysian government has nothing to hide.

The Bagan MP said that a full investigation by BNM would prove that the government is not attempting any cover-ups of both the Pandora Papers expose involving Malaysians, as well as illicit financial transactions.

“There are more than 330 politicians exposed by the Pandora Papers from 90 countries, which unfortunately included prominent Malaysians.

“The Pandora Papers is part of the scandal of illicit financial flows (IFFs) which the Global Financial Integrity Report (GFI) defines as funds that are illegally earned, transferred, and/or utilised across an international border.

“The funds are sourced from criminal and corruption activities,” he said in a statement.

Lim said that money laundering remains a serious problem and that GFI estimates that the annual value of trade-related IFFs in and out of developing countries has amounted to 20 per cent on average of their total trade with advanced economies.

He also expressed his disappointment at Dewan Rakyat Speaker Datuk Azhar Azizan Harun, who denied attempts by the Opposition to debate the Pandora Papers in Parliament.

He added that the Malaysian Anti-Corruption Commission (MACC) cannot be depended upon as senior officers in the agency have been involved in and accused of stealing funds.

“Bank Negara must fully investigate to demonstrate that the Malaysian government not only has nothing to hide but is not attempting any cover up of both the Pandora Papers involving Malaysians and illicit financial flows.

“To prove that there is nothing to hide, such an investigation should punish those involved in IFFs as well as recommend stringent measures to prevent illicit financial flows out of Malaysia and how to improve transparency, accountability and good governance,” he said.