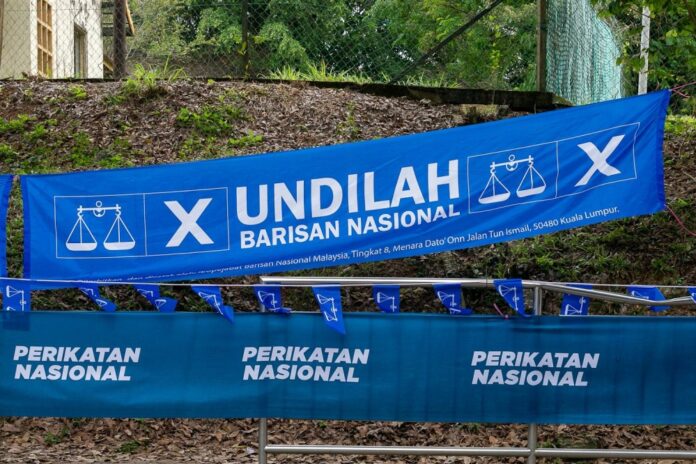 Takiyuddin said Perikatan is willing to negotiate with any other political entities barring Pakatan Harapan if it cannot secure a simple majority of 112 seats in Parliament. — Picture by Raymond Manuel

KUALA LUMPUR, Nov 15 — A federal government comprising the Perikatan Nasional (PN) and Barisan Nasional (BN) coalitions could form after Malaysians head to the polls this Saturday, according to Datuk Seri Takiyuddin Hassan.

The PAS secretary-general, whose party is a PN component, said his coalition is willing to negotiate with any other political entities barring Pakatan Harapan (PH) if it cannot secure a simple majority of 112 seats in Parliament, Berita Harian reported today.

“I am confident that we can form a federal government either by ourselves or a coalition with other parties, including BN. What is certain is that we will not accept Pakatan Harapan (PH) even if a coalition is necessary,” he was quoted telling reporters after a ceramah in Kelantan last night.

“PAS president Tan Sri Abdul Hadi Awang mentioned that if we cannot join forces before GE15, maybe after, we can establish that relationship.

“Our first reference is BN. However, no discussions have been held during this campaign period but I am confident that BN will accept.

“There have been discussions in the past, but even when we are not together we know that maybe we can be together after GE15,” Takiyuddin, who is defending his Kota Bharu federal seat, was quoted saying.

The Islamist party leader was also reported saying in his speech earlier last night that it will be hard for major coalitions to secure a simple majority in the 15th general election.

He indicated that alliances are very likely, basing his assertion on political research findings without disclosing the sources.

PH leader Datuk Seri Anwar Ibrahim has been very confident that his coalition will win enough seats in the peninsula to form the majority, adding that it would approach parties in Borneo Malaysia to make up for the shortfall.