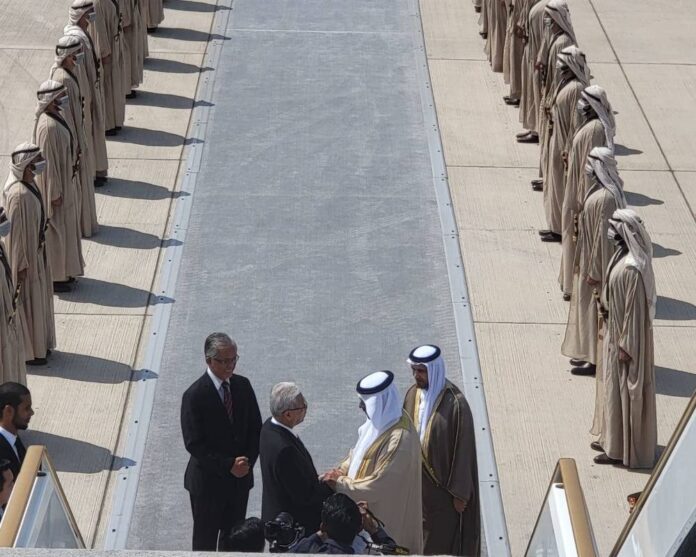 The plane carrying the prime minister and his delegation left the Abu Dhabi International Airport at 11.30am (3.30pm Malaysian time). — Picture from Twitter/MalaysiaPMO via Bernama

The plane carrying the prime minister and his delegation left the Abu Dhabi International Airport at 11.30am (3.30pm Malaysian time).

Minister of State and Minister-In-Attendance Ahmad Ali Al Sayegh saw the prime minister off at the airport.

Ismail Sabri arrived in the capital last Monday from New York where he had attended the 77th Session of the United Nations General Assembly (UNGA) last week.

At the UNGA which was attended by more than 150 world leaders, the prime minister delivered Malaysia’s National Statement in Bahasa Melayu — the first time by a Malaysian leader addressing the assembly.

In the statement, he touched on various international issues, including the conflict in Ukraine and the issues of Myanmar and Palestine, as well as food security and climate change.

This was the second time Ismail Sabri had addressed the UNGA. Last year, he addressed the session virtually due to the Covid-19 pandemic.

He also hosted a Keluarga Malaysia (Malaysian Family) dinner for the Malaysian diaspora in the United States.

Meanwhile, during his four-day stay in Abu Dhabi, the premier had an audience with UAE President Sheikh Mohamed bin Zayed Al Nahyan.

Ismail Sabri took the opportunity to invite the UAE to participate in the Bandar Malaysia development project in Kuala Lumpur and to make reverse investments to support the Food Security Policy of both countries and help the UAE become a food hub in the Middle East as Malaysia has vast and suitable land for foreign investors to invest in agriculture.

For the record, the trade value between the two countries increased 90.4 per cent for the first eight months of this year to RM25.6 billion, exceeding the total value of 2021 which stood at RM22.29 billion. — Bernama