Neville says social media criticism of managers ‘out of control’ 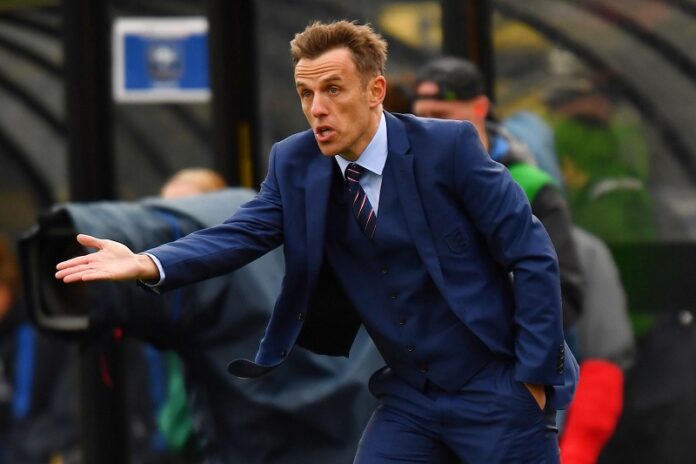 Phil Neville cited Manchester United’s form in October, 1996 when they lost 6-3 at home to Southampton after a 5-0 defeat by Newcastle, but went on to win the league. — AFP pic

United coach Solskjaer has faced a storm of criticism after his side lost 5-0 to Liverpool on Sunday but has survived calls for him to be sacked and Neville, now coach of Major League Soccer team Inter Miami, says a sense of perspective has been lost.

Neville cited Manchester United’s form in October, 1996 when they lost 6-3 at home to Southampton after a 5-0 defeat by Newcastle, but went on to win the league.

“I’ve played on United teams that lost 5-0,” Neville told the Miami Herald. “These things happen in football. I think the sensationalism of everything now is just out of control.

“United lost a game of football 5-0 to Liverpool. Yes, it hurt. Yes, it was probably a real sickening blow for everybody that’s ever played, supported, or been involved with Manchester United; but it’s not as if United has never lost 5-0 ever in history,” he added.

“This has happened and United bounced back and won things. I lost at St James’ Park 5-0. Philippe Albert chipped Peter Schmeichel and it felt no different. The only difference was there was not a billion people on Twitter thinking they knew best about this, that and the other.”

Neville said the opposition to Bruce from Newcastle fans, which the former United defender said had impacted his family, had gone too far.

“The Steve Bruce case went beyond criticism; that was a form of bullying, disgusting behaviour, trolling, some of the most disgusting things I have ever read or seen in my whole life,” Neville said.

Neville’s brother Gary, also a former United player and now a Sky Sports pundit, was criticised on social media for not calling for Solskjaer to be sacked from his job but the Inter Miami boss said it was wrong to call for people to be fired.

“Social media is an absolute cesspit for people that are just the lowest of the lowest.

“I think it’s out of control. People don’t probably realise that the things they are writing hurt families, hurt human beings, people that have problems in their lives, and nothing gets done about it.” — Reuters