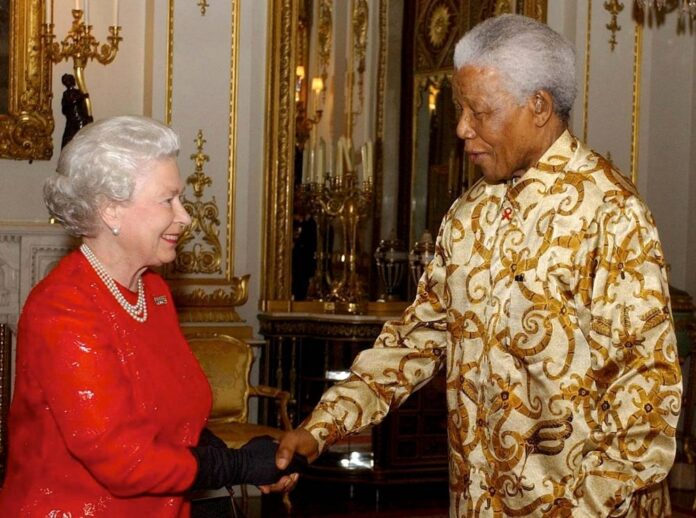 CAPE TOWN, Sept 10 – Queen Elizabeth enjoyed a “warm friendship” with South Africa’s President Nelson Mandela, who once joked about her weight on a visit to Buckingham Palace – an unheard of liberty attesting to the strong bond between the freedom fighter and the monarch, Mandela’s private secretary said.

Mandela, who once sat in the same horse-drawn royal carriage with the queen passing through the streets of London, wore a suit during his first visit to Buckingham Palace in 1995, before adopting his signature bright African-inspired shirts that helped defy the rigid royal strictures reserved for other dignitaries when meeting the Queen.

“They had a very warm friendship,” Zelda la Grange, Mandela’s private secretary from 1994 to 2013, said Friday.

“They shared the sense of duty, the sense of service and a calling that they adhered to throughout their lives, and there was a deep respect between the two of them and I think that was the basis of the connection between the two people, having an appreciation for tradition within their own nations,” La Grange told Reuters.

In the years following his release from Robben Island prison and becoming South Africa’s first democratically elected president, Mandela cultivated a close relationship with the queen, hosting her in South Africa and visiting her in England and at Buckingham Palace.

The two global icons often spoke to each other by phone and used their first names as a mutual sign of respect and affection, said the Nelson Mandela Foundation.

“There are a few anecdotes but what stands out is we were in Buckingham Palace once … Approaching the queen, Mr. Mandela had a very wicked sense of humour. So, he walked up to the queen and when he saw her he said: ‘Elizabeth, you’ve lost weight!’ and the queen burst out laughing. I think he was the only person in the world who could comment on the queen’s weight and get away with it,” La Grange said.

Mandela also had a special name for the queen: Motlalepula, which means to come with rain and was given as a token of “our affection to Her Majesty” said the Nelson Mandela Foundation.

Explaining what it meant to Prince Charles at a banquet in his honour in 1997, Mandela said the name was conferred on the queen because her visit to South Africa two years earlier had coincided with torrential rains that South Africa had not experienced in a long time. – Reuters