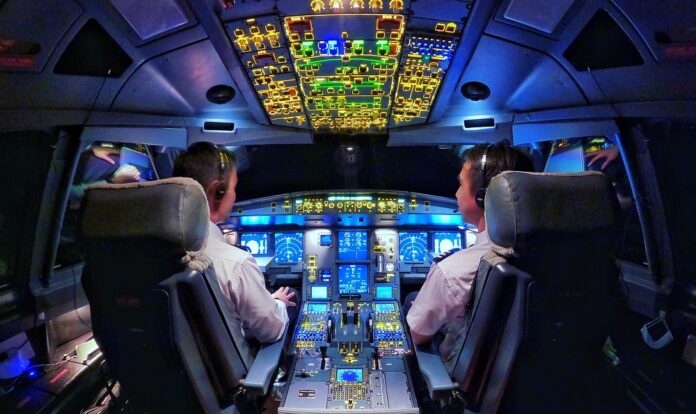 MAG worked on its Sustainability Blueprint during the Covid-19 pandemic. – Picture courtesy of Malaysia Aviation Group

KUALA LUMPUR, Oct 14 – While most of its planes were grounded during the Covid-19 pandemic, Malaysia Airlines and its sister companies had the rare gift of time to fine tune their sustainability goals.

The outcome is an extensive, staff-driven Sustainability Blueprint that the Malaysia Aviation Group (MAG) launched recently to promote socio-economic development and realistic goals to achieve net-zero carbon emissions by 2050.

So far, 73 initiatives have been identified and while it may seem like a lot, the group says that figure will continue to grow.

Many initiatives are already up and running, such as reducing overall CO2 emission by 25 million kg in 2021.

The group is also targeting 50 per cent usage of biodegradable materials for in-flight operations alongside 50 per cent of ground and in-flight waste recycled and upcycled by 2025 and beyond.

As part of efforts to reduce carbon footprint, MAG teamed up with General Electric to adopt the energy tech company’s Fuel Insight and FlightPulse aviation software to help modernise its airlines’ fuel efficiency.

Since its implementation more than 10 years ago, MAG’s fuel efficiency programme has contributed up to 15 per cent fuel burn improvement over the past eight years.

Malay Mail caught up with MAG sustainability project lead Philip See over a virtual interview to find out more about the group’s efforts to green up its airlines.

“We’ve been thinking about it but we really put our fire to the pedal in the past five to 12 months after we got clarity about our long-term business plan,” said See, who is also Firefly chief executive officer.

He added that the blueprint had to be part of but distinct from the company’s current business plan.

Classical corporate plans tend to map a five-to-10-year period but this blueprint charts a roadmap that is 30 to 40 years.

When it came to identifying the impressive list of green initiatives, See proudly announced it was a staff-led exercise who came up with ideas big and small.

“Great ideas from the group come up from the staff itself, it doesn’t come from management,” he said, adding that management is tasked with more critical concerns such as sustainable fuel.

“How do you organically drive that forward is core for the business and I’m very proud of how the team has done that.”

See hopes to have 100 to 200 initiatives with each department taking on at least two to three small projects.

In one example, an airline engineer had the ingenious idea of converting faulty engine cowling into metal furniture to give the aircraft part a new lease of life.

“I don’t expect him to set up an Ikea but I love the fact they had the imagination to say instead of me throwing it away, let me convert it into something useful.

“We want to keep on drilling to everybody that waste is never pure waste, it’s always an opportunity to turn it into something meaningful and useful, maybe not in your eye but in the eye of someone ELSE. “

Staff members came up with most of the initiatives in the blueprint. – Picture courtesy of Malaysia Aviation Group

Waste not, want not

Another exciting project under the blueprint is turning cabin waste into edible alternative protein source which aims to reduce food waste into landfills by 25 per cent.

With airline passengers producing more than six million tonnes of cabin waste a year, tackling food wastage is a priority.

At MAG, around 20 to 30 per cent of food is wasted annually.

“That really is such a simple technology, you’re basically using nature – BSFL to eat your compost and waste so that they can convert it into something more productive.

“It really reflects the point that for us as a group, we can’t do it alone – we did this in partnership with a lot of other players on the ground and our caterer who is managing this to be able to execute this,” See said.

The group will also be upcycling its aircraft seat upholstery and cabin crew uniform into commercial products such as baggage, handkerchiefs, and batik shirts.

Decarbonisation gets boost from pandemic

Despite the heavy blow airlines have been dealt with during the pandemic, See believes this unprecedented time has driven greater decarbonisation.

“People are going to realise we can do things efficiently and faster but in a greener way.”

But he cautions that old ways of doing things can return so it’s more crucial than ever to keep pushing the message.

One challenge he foresees is CO2 emissions will rise again when the industry recovers.

“How can we make sure CO2 emissions are not recovering at the same level while we ramp up and recover, that it will actually plateau and reduce over time?

“That is the biggest challenge we as an airline have to address and fix,” See said.

The aviation sector may be a relatively small contributor of emissions, accounting for two to three per cent of carbon emissions globally but it’s an area the industry takes seriously.

See added that flying can be carbon neutral but it will require investing in sustainable fuels, new aircraft technology and government support.

“That will take time and the question is whether or not the technology in fact is able to help us deliver net-zero,” he said.