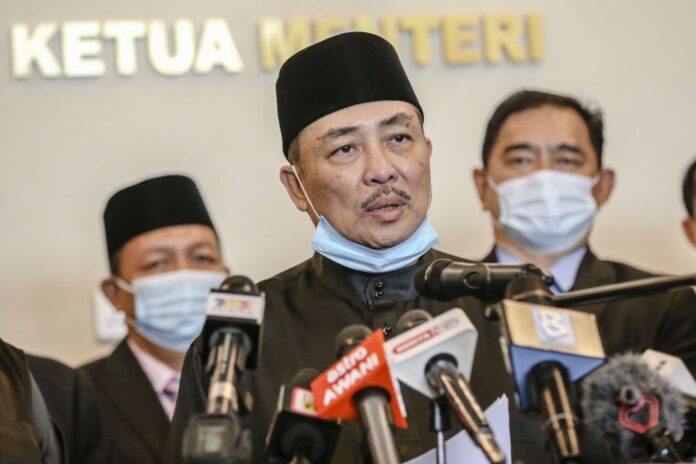 TUARAN, Oct 24 — The Sabah government hopes that its needs and claims in the Malaysia Agreement 1963 (MA63) be considered when tabling the bill in Parliament tomorrow to amend the Federal Constitution so as to be in line with this agreement.

Chief Minister Datuk Hajiji Noor said the Sabah government had given its views on the state’s position and claims in line with MA63 at the special meeting held on October 18, so he hoped these could be realised.

“We had the MA63 Special Meeting chaired by the Prime Minister (Datuk Seri Ismail Sabri Yaakob) last week and several proposals in amending the constitution were made.

“I have been informed that Minister in the Prime Minister’s Department (Parliament and Law), Datuk Seri Wan Junaidi Tuanku Jaafar would be tabling the bill.

“The Sarawak government has also given its views on MA63. So, our hope is for our needs and claims be considered in amending the constitution at the next parliamentary sitting which will start tomorrow,” he told reporters, here, today.

He was asked to comment on Wan Junaidi’s statement that the government would continue with its plan to table the bill in Parliament next Tuesday for the amendments to be in line with MA63.

However, Wan Junaidi said in the statement yesterday that the second reading of the bill would be rescheduled to another date from the earlier planned date of October 28 to enable the Attorney-General to explain further the proposed amendments to members of the Cabinet.

Earlier, Hajiji officiated at the state-level Urban Poor Career Carnival organised by the Sabah Social Security Organisation (Socso), offering over 1,000 job vacancies with15 employers participating in the job interview programme held in conjunction with the carnival.

He said this effort could help the vulnerable urban residents and B40 group including school leavers, graduates and those who had lost their jobs to find employment.

“Cooperation between the state government and Sabah Socso has also managed to find employment for 4,864 individuals in the first nine months of this year, hence helping to reduce the unemployment rate.

“This is a very good move in the country’s process of reviving and invigorating the economy,” he said, adding that Sabah Socso had organised 307 interview sessions with the cooperation of various industries and employers during the Covid-19 pandemic.

In line with the Sabah Maju Jaya Direction, Sabah Socso had also established strategic collaboration with the state government to help stabilise and manage the labour market through continuous employment service activities, he said. — Bernama