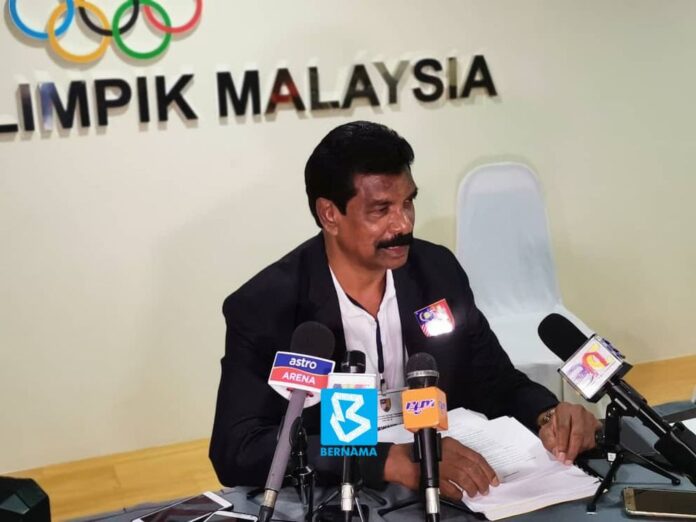 SM Muthu addresses reporters during a press conference in Kuala Lumpur in this file picture taken on June 30, 2019. — Picture via Twitter

KUALA LUMPUR, Oct 24 — The Selangor Athletics Association (SAA) have stripped Datuk SM Muthu of his presidency and membership for life in connection with the alleged siphoning of RM100,000 from the association’s fixed deposit account.

The decision against Muthu, who is also the Malaysian Athletics Federation (MAF) president, and two other SAA officials was made unanimously at the association’s extraordinary general meeting (EGM) today, which was attended by 39 members.

EGM independent chairman Mohamad Zufarsyah Mohamad Idrakisyah claimed that the alleged irregularities involved funds amounting to RM110,000 from the association’s fixed deposit account and also development funds given to the association by the Selangor Sports Council.

“Three motions were put forward, namely to strip Datuk SM Muthu of his president’s post and withdraw his membership for life. Similar motions were made against SAA’s former secretary Abdul Rahim Mohd Noor and former treasurer Mohd Fauzi Manivannan Abdullah,” he told Bernama when met after the EGM at Wisma OCM here today.

He added that several copies of documents were also tendered as evidence of the alleged financial impropriety at the tension-filled EGM, which lasted over three hours.

Meanwhile, association vice-president Warughese Abraham said the SAA would lodge a police report as well as bring the matter up with the Sports Commissioner.

Muthu, meanwhile, could not be reached for comment. — Bernama