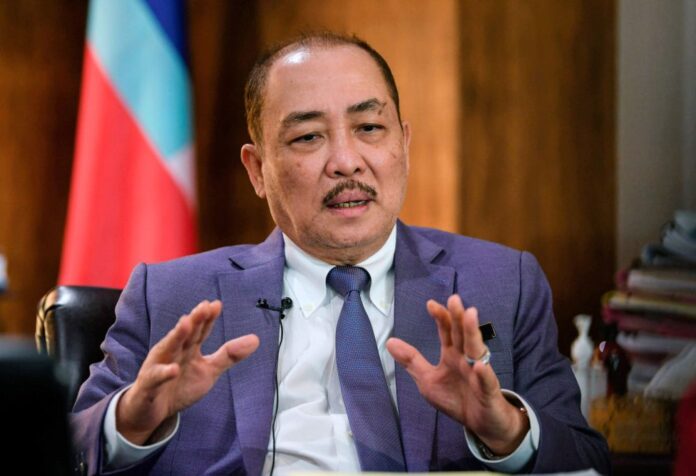 Sabah Chief Minister Datuk Hajiji Noor speaks during an interview with Bernama at his office in Kota Kinabalu ahead of Malaysia Day celebrations September 15, 2021. — Bernama pic

He said Sabah PH’s proposal would have to be scrutinised first, and he could not make any further statement before the discussion is held.

Hajiji, who is also Sabah Chief Minister, said DAP secretary-general Lim Guan Eng had raised the issue when the latter met him recently.

“But, in this matter, I have not been able to make any (further) comments until I sit down to discuss with my colleagues in GRS. We will look into this proposal and then make a statement,” he told reporters here today.

Hajiji was asked to comment on the Sabah PH leaders’ plans to sign an MoU with the GRS state government, in a similar vein to PH’s agreement with Putrajaya in September.

PH Sabah is understood to have held a meeting regarding the signing of the MoU last night. — Bernama