HomeEntertainmentJackson Wang tries to find shoe's missing owner after being swamped by...
Entertainment 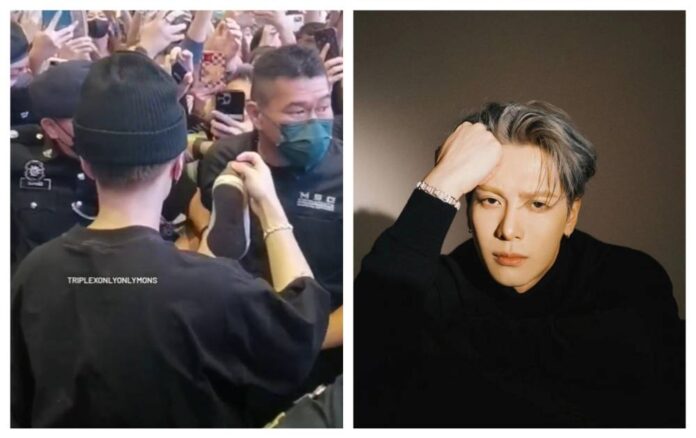 Wang has been getting praises online after taking the time to meet fans, and finding a shoe’s missing owner. — Picture via instagram/teamwang, screengrab twitter/@TriXonlyonemons

PETALING JAYA, Sept 28 — Chinese singer Jackson Wang has been praised before for being thoughtful to fans. He yet again won their hearts upon his arrival at Kuala Lumpur International Airport (KLIA) recently.

On Sept 24, a frenzy of fans waited for Wang at KLIA as he arrived to perform at Sunway Lagoon for music festival Good Vibes Weekender.

At one point, Wang was seen trying to help a fan who fell down as she was pushed by the crowd.

Another fan, meanwhile, lost her shoe. A video shared on Twitter showed the Got7 boy band member waving the missing shoe in the air so that the owner could claim it.

Amidst the chaos, Wang was heard asking security officers around him to “calm down” when they attempted to push fans away in order to clear a path for him.

After the airport drama, Wang tweeted that it was “dangerous back then” and urged fans to prioritise their safety.

He also penned another post on Twitter of his appreciation to fans who took the trouble to wait for him at the airport.

Fans had praises for the singer for being kind and ‘lovely’, while others were glad that he was not injured while being swamped by so many fans.