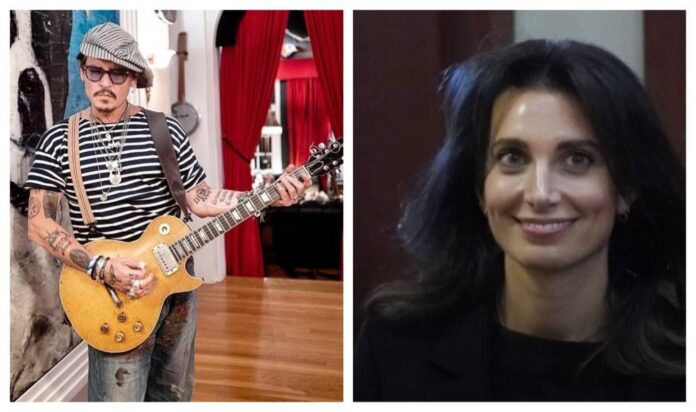 Depp had reportedly secretly met Rich in hotels during the earlier stages of their relationship.– Pictures via instagram/ US Weekly screengrab

PETALING JAYA, Sept 23 — Actor Johnny Depp is reportedly in a serious relationship with lawyer Joelle Rich, who previously represented him in his UK libel suit against The Sun.

Rich was one of the attorneys who worked with Depp after he sued the publishers of the British tabloid for calling him a ‘wife beater’ in 2018.

US Weekly reported that litigation lawyer Rich was not part of the legal team who represented Depp in his defamation case against ex-wife Amber Heard earlier this year.

However, she was present in the Virginia courtroom during the defamation trial to show her support for the Pirates of the Caribbean star.

A source told the portal that the chemistry between Depp and Rich was “off the charts”.

“It’s serious between them. They are the real deal.

“There was no professional obligation for her to be there (during the Virginia courtroom case). It was personal,” the source said.

The source added that the duo had ‘secretly’ met up in hotels during the early stages of their romance.

PageSix reported that Rich has a very successful career in law, with a wealth of expertise in libel, privacy and copyright disputes and is a partner at her London-based law firm, Schillings.

Sources told UK Weekly that Rich was married with two children when she first met Depp and that she is now getting a divorce from her husband.

Earlier this June, a jury ruled in favour of Depp in the defamation lawsuit against Heard after several weeks of testimonies in the Depp-Heard saga.

The judge announced that the jury awarded US$10 million (RM45mil) to Depp, 58, in compensatory damages and US$5 million (RM22mil) in punitive damages on.

For her part, Heard, 36, was awarded US$2 million (RM9mil) in compensatory damages in her counterclaim against her ex-husband.