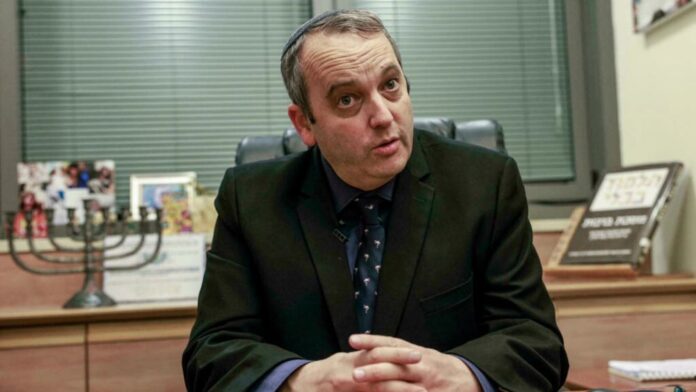 Kariv, 48, was elected in Israel’s last polls in March as a member of the Labour party, and has a liberal agenda. — AFP pic

JERUSALEM, Dec 5 — The first liberal rabbi in Israel’s parliament, Gilad Kariv, has his sights set on ending the monopoly of the ultra-Orthodox on many aspects of everyday life in the Jewish state.

The conservative line of the Jewish religion has in effect laid down the law ever since an accord that ultra-Orthodox rabbis struck with David Ben Gurion when he founded the state of Israel in 1948.

“The only subject on which people of the right and the left agree by a great majority is the relationship between religion and the state,” Kariv told AFP in an interview in his parliamentary office in Jerusalem.

“Most Israelis are in favour of civil marriage, public transport on the Sabbath (the Jewish day of rest and prayer), and on a mixed space” for prayers at Jerusalem’s Western Wall, the holiest site in Judaism, he said.

Israeli Jews need the services of Orthodox rabbis to marry or divorce, public transport grinds to a halt on the Sabbath, and religious dietary laws apply in all public institutions, including the army and schools.

But 48-year-old Kariv, who was elected in Israel’s last polls in March as a member of the Labour party, has a liberal agenda.

In the United States, which is home to the largest number of Jews after Israel, most adherents follow liberal or conservative schools of Judaism, both of them non-Orthodox and advocating equality between the sexes.

Although they form a minority in Israel, Kariv believes “most of the country’s non-religious public feel much closer to us (liberals) than to Orthodox Judaism”.

For Kariv, a trained lawyer and leading light in Israel’s religious liberal camp for more than a decade before running for parliament, the country is “Jewish and democratic, which is not the same thing as Orthodox and democratic”.

At first, Orthodox colleagues in the Knesset, Israel’s parliament, refused to acknowledge him, and some still boycott any debate if the “Satanic” deputy takes part.

In 2016, progressive movements were behind the authorisation of an area at the Western Wall for men and women to pray together, but former prime minister Benjamin Netanyahu scuttled the plan under pressure from ultra-Orthodox coalition partners.

The plan is now back on the agenda of Israel’s new government, to the fury of the ultra-Orthodox “haredim” (those who fear God).

Moves toward religious pluralism “correspond to the spirit of the government, with its wide and varied coalition”, Kariv said, referring to Prime Minister Naftali Bennett’s multi-party government. — AFP