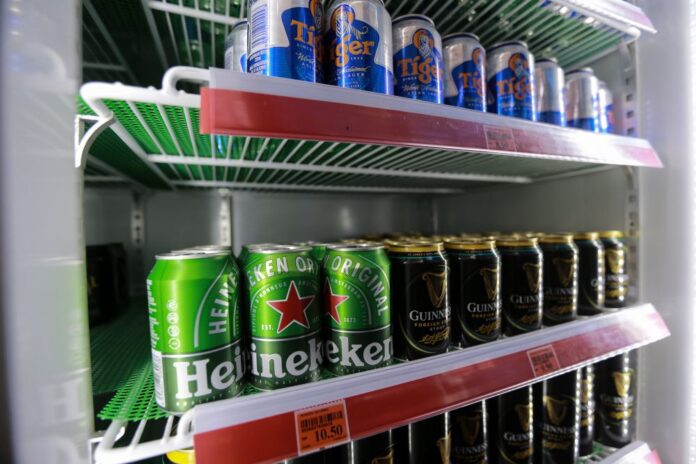 KUALA LUMPUR, Dec 5 — DAP’s Lim Guan Eng today questioned the government’s motives in enforcing limitations and new regulations on coffee shops selling alcohol, and whether such decisions were a sign of PAS’ extremist policies being upheld.

The Bagan MP said in a statement how a supposed move to compel coffee shop owners to obtain an alcohol licence before selling beer to non-Muslim patrons does not only incur additional costs for the business owners but also interferes with the practices and lifestyle of non-Muslims.

Lim claimed how a China Press report from December 4 stated that coffee shops in Perlis were asked to apply for alcohol licences to continue selling beer, sales of which are apparently limited to only four cartons daily.

“This is not just about imposing additional financing burden by paying extra licencing costs by coffee shops and restaurants of more than RM1,000 under present difficult economic circumstances caused by the economic recession and Covid-19 pandemic.

“This is about deliberately imposing unnecessary restrictions and interfering in the customary lifestyle and business practices on non-Muslims that have been undisturbed since Merdeka to fulfil the political extremism of PAS,” Lim said.

He disputed the claims that such laws were enforceable under the Excise Act 1976, as reported by China Press, saying the topic was never an issue during his and former finance ministers’ terms in office and that it can be challenged in Court.

“When I was finance minister as well as other previous finance ministers, this was never brought up or became an issue. Clearly, this is a new ruling by the current government influenced by PAS’ extremist policies,” he said.

Lim said DAP’s lawyers have been instructed to examine the legality of the regulations to be challenged in Court, then urging states under Pakatan Harapan’s administration to not implement such rulings until the government clarifies the matter.

The DAP secretary-general then took non-Muslim Cabinet Ministers to task, questioning how they could endorse such policies and that it should be on them to come out and offer an explanation.

“Clearly supporting the non-Muslim Ministers including GPS in the coming Sarawak general elections will only lead to erosion and even deprivation of non-Muslim rights to satisfy the extremist policies of PAS.

“Why interfere in the sale of beer to non-Muslims when they are not sold to Muslims?” he questioned.