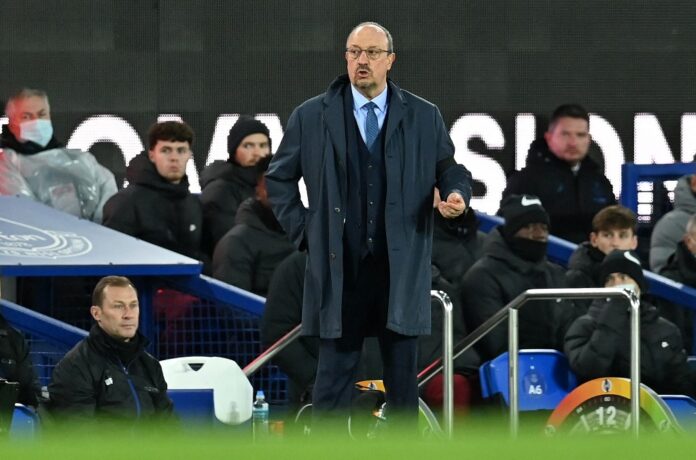 LIVERPOOL, Dec 5 — If any Everton manager could ill afford the club’s worst home defeat to Liverpool for 39 years, it was Rafael Benitez.

The Spaniard was not accepted by many Toffees supporters from the minute he was appointed in June due to his previous role as a Champions League-winning manager with Liverpool.

A bright start briefly quietened the doubters. Everton sat fifth in the Premier League during the October international break having lost just one of their opening seven games.

They have taken just one point from the seven games since to plummet to 14th, just five points clear of the relegation zone ahead of the weekend fixtures.

Benitez heard his name ring around Goodison Park for the first time on Wednesday, but sadly for the 61-year-old it was coming from the small band of Liverpool fans in mocking celebration.

The relentless Reds ran out 4-1 winners, a scoreline that only flattered the home side, who were Liverpool’s main domestic rivals in the late 1980s.

Everton’s owner Farhad Moshiri took to the airwaves on Thursday to insist Benitez will be given more time.

But he was not present to face the barrage of abuse directed towards chairman Bill Kenwright in the directors’ box at full-time.

Chants of “sack the board” reflected the anger aimed at those in charge just for giving Benitez the job in the first place, never mind keeping him in charge as they slide towards a relegation battle.

Both Moshiri and Benitez have used injuries to key players as the shield for a terrible run of results.

“Rafa is a good manager and underperformance is largely due to the injuries,” Moshiri told Talksport.

“(Over the) next two weeks, we will get to a full squad and, in the meantime, results will improve.”

England international striker Dominic Calvert-Lewin has not featured since August, while Yerry Mina, Abdoulaye Doucoure and Richarlison have also had extended spells out injured.

“We are talking about key players missing and maybe these key players are also really important for the rest of the group to play at the level they can play,” said Benitez.

“We need to bring players back, and then we will be as strong as we were at the beginning (of the season).”

Benitez also pleaded the excuse of being handed limited resources after spending just GBP1.7 million (US$2.5 million) in the transfer window on Demarai Gray.

That is unlikely to change come the January window, with Moshiri’s hands tied by financial fair play restrictions.

The British-Iranian businessman has poured in more than GBP500 million on players since taking over in 2016 but the vast majority of that money has been wasted, with tens of millions more spent on paying off managers.

Roberto Martinez, Ronald Koeman, Sam Allardyce and Marco Silva have all been sacked in the past five years, while Carlo Ancelotti left of his own accord when a second chance at managing Real Madrid came up in June.

Moshiri may be sticking by his bold choice to go against the wishes of the supporters for now, but has previously been quick to react when the threat of relegation arises.

Dropping out of the top flight for the first time since 1954 is even more unthinkable with work under way on a new 53,000-capacity stadium at a cost of GBP500 million.

Benitez has kept his family home on Merseyside since 2004 despite stints in charge of Inter Milan, Chelsea, Napoli, Real Madrid, Newcastle and Dalian Professional since.

But just six months in, he is already on borrowed time at Goodison. — AFP