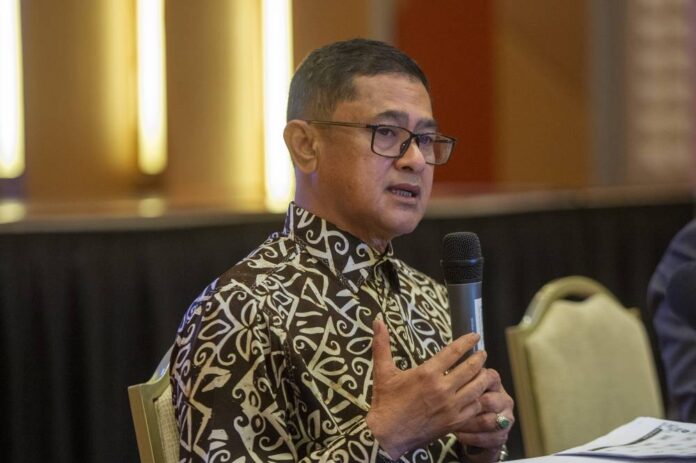 Husaini said the UPUOnline’s placement system involved ‘no human touch’ and therefore negated any possibility for students to ‘use cables’ — a colloquial term for the use of personal connections such as in nepotism or favouritism. — Picture by Shafwan Zaidon

PUTRAJAYA, Sept 29 — The number of applicants have topped 115,000 this year but the UPUOnline system follows the best practices in the selection of students for admission into the country’s 20 public universities, Higher Education Ministry director-general Datuk Professor Husaini Omar said today.

He said the ministry received 115,477 applications this year and gave an assurance that the automated placement system does not employ a racial quota or enable certain people access to private “cables” to be chosen.

“In 2022, the number of applications we received this year was 115,477. Of this, the number of eligible candidates who have passed the general requirements are 95,745,” he told a news press conference here.

He added that the 20 public universities in the country have a total number of 71,615 placements for students who have completed their STPM examinations or its equivalent.

He also said that despite the higher number of applications, the ministry is not in a position to increase the number of placement at the moment.

He added that those who fail to get in through the UPUOnline system can still apply directly to the universities, or go to private institutions with the help of National Higher Education Fund Corporation (PTPTN) loans.

Husaini said the UPUOnline’s placement system involved “no human touch” and therefore negated any possibility for students to “use cables” — a colloquial term for the use of personal connections such as in nepotism or favouritism.

“There is no racial quota… we don’t input the student’s race into the system.

“But there is an imbalance in terms of the racial demographic in the country, so that may contribute to the difference in number of placements among the races,” he said, adding that the public universities also don’t impose a racial quota.

Director of the Department of Public University Student Admissions Wahi Nordin, who was also at the same news conference said that all applications were judged purely on merit, with the student’s academic marks accounting for 90 per cent of the final score, while the other 10 per cent is based on co-curricular marks.

“In these cases where the students are equal in terms of academic and co-curricular achievement then the system will look at their SPM results,” Wahi said.

He advised students to be aware of their co-curricular scores, and to fill up all 12 choice slots that are made available to the students in their placement applications, as well as follow the ministry’s social media to be up to date on the latest information regarding these applications.

Wahi added that medicine, dentistry, and pharmaceutics were the most sought after courses, followed by accounting, law, and mechanical engineering.

Last year, a total of 1,841 eligible students had put a degree in medicine as their first choice, but there were only 692 placement offers given out — meaning only 37.59 per cent of eligible applicants were given a placement.