HomeSportsHazard not finished yet at Real Madrid, says Courtois
Sports

Hazard not finished yet at Real Madrid, says Courtois 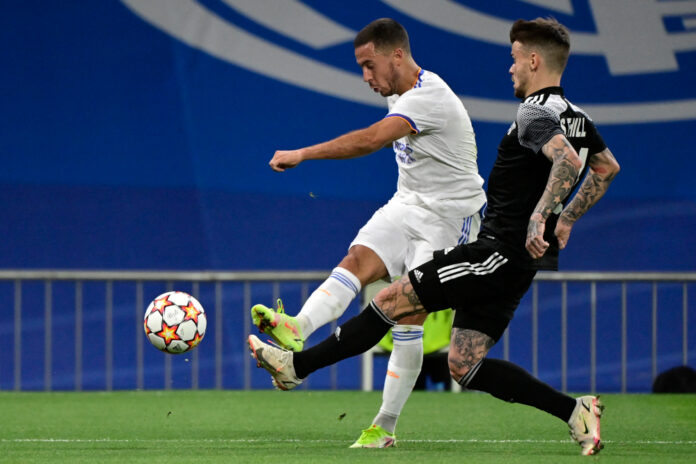 MADRID, Nov 24 — Thibaut Courtois said on Tuesday that Eden Hazard still wants to be a success at Real Madrid and cannot be written off as a failure.

Hazard has not started a game since Madrid suffered a shock defeat at home to Sheriff in September, an opponent they play again in the Champions League on Wednesday.

The Belgian has been linked with leaving the club either in January or next summer, having endured a nightmare two years since joining Real Madrid from Chelsea for EUR100 million (RM472.3 million).

“I have known Eden for many years and his dream has always been to play for Real Madrid so he feels sad that it’s not going how he wants it to,” said Courtois in a press conference.

“I do not see him as someone with his head down, I see him training to the maximum because he wants to be successful.

“He will play when the boss puts him on but I am sure that his day will come, because we cannot forget the quality that Eden has. These days we forget very quickly the talent of the players, this quality and this talent does not go away.

“We cannot forget him or kill him or think that he is just any player, because he is not.”

Ancelotti appears to have found a favoured line-up, with Madrid heading into Wednesday’s Group D game on the back of four consecutive victories. But it has left some, like Hazard, out in the cold.

Asked if it is difficult to keep all the players happy, Ancelotti said: “It is not complicated. The coach’s job is always complicated in this sense but if you have to do a race, it’s better do it with a Ferrari than a Fiat 500.”

Isco created controversy during last weekend’s win over Granada when he appeared to refuse to keep warming up as a substitute.

“I don’t think there is a big problem,” Ancelotti said. “He was told to warm up more and he told me he was already warm. That’s it. There is no need to make more of it.

“He has never disrespected me, and I will never disrespect him. He is very professional, he is a little angry because he does not play, and it is normal. But there is no more.”

Real Madrid are top of the group, two points clear of Inter Milan and three ahead of Sheriff. Madrid face Inter Milan at home in the last group match.

“We know Sheriff well and they know us well, we have to play a complete game,” said Ancelotti. — AFP