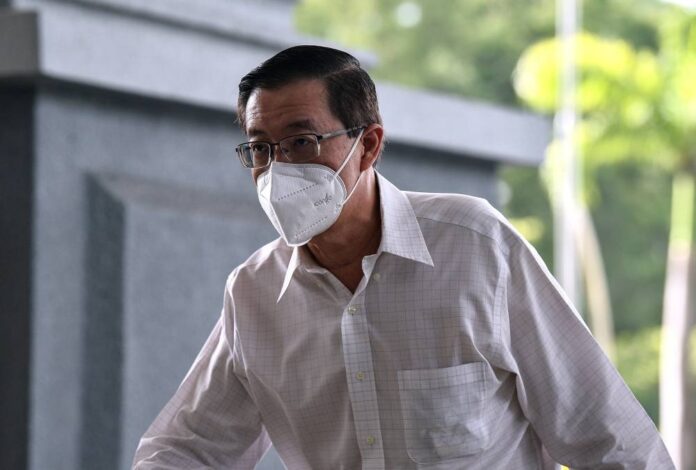 For the record, Gnanaraja is one of the prosecution witnesses in Lim’s trial. Gnanaraja had claimed trial at the Shah Alam Sessions Court on April 3, 2019 to three charges of cheating Zarul Ahmad of RM19 million. He was alleged to have deceived Zarul Ahmad into believing that he could help him close an MACC investigation against him.

Earlier, Wan Mohd Firdaus had agreed with Gobind’s suggestion that there was a separate forensic report produced, extracted from the same handphone.

He testified that the report was produced by another officer from the same department for the Shah Alam trial.

Questioned by Gobind, Wan Mohd Firdaus told the court that he only extracted information based on certain dates.

Gobind: You only extracted information based on certain dates? You did not see whole copy?

Gobind: Were you required to see the whole copy?

Wan Mohd Firdaus: No. We needed to find some things that were specific.

Lim, 61, is facing an amended charge of using his position as Penang chief minister to solicit RM3.3 million in bribes as an inducement to assist Consortium Zenith BUCG Sdn Bhd (CZBUCG) owner, Zarul Ahmad, to secure the project worth RM6,341,383,702.

In the second amended charge, Lim is accused of soliciting a bribe of 10 per cent of the profit from the company as gratification to secure the project.

Lim, who is the former DAP secretary-general, faced another two charges of causing two plots of land worth RM208.8 million, belonging to the Penang government, to be disposed of to two companies linked to the state’s undersea tunnel project.

The trial will continue on October 19. — Bernama