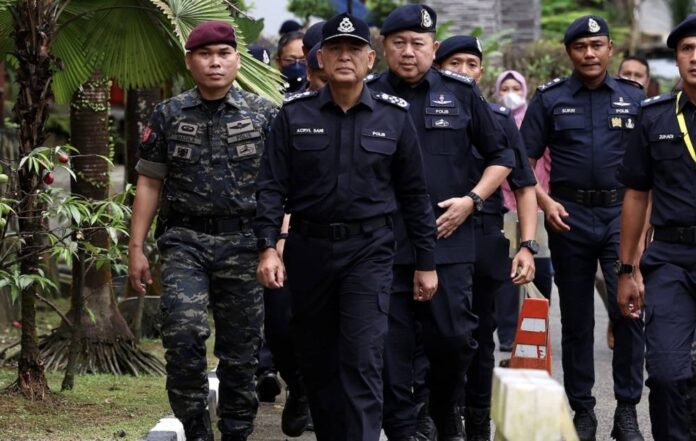 He said the voting process at the 578 polling centres for early voters, involving 970 channels, went smoothly and in order.

“From what I received, based on the feedback from the Election Commission (SPR) observers, they said the early voting process this year is one of the most systematic,” he told the media when met after casting his vote today.

He said the polling centre at Bukit Aman, with 15 channels, would involve 6,423 police personnel.

Acryl Sani, who cast his vote at Bukit Aman at 10.20am, advised members of the police force to fulfill their responsibility by exercising their rights as voters.

A total of 107,355 police officers and their spouses are involved in the early voting process.

Based on the Federal Government gazette dated Oct 31, 2022, that was uploaded on the Election Commission (EC) website, the early voting centres will be closed in stages from noon until 5 pm.

GE15 will see candidates vying for 222 parliamentary seats and 117 state seats in Pahang, Perlis and Perak, as well as for the Bugaya state seat in Sabah.

The Bugaya by-election is held simultaneously with GE15 after it was postponed due to the proclamation of emergency to prevent the spread of Covid-19. — Bernama