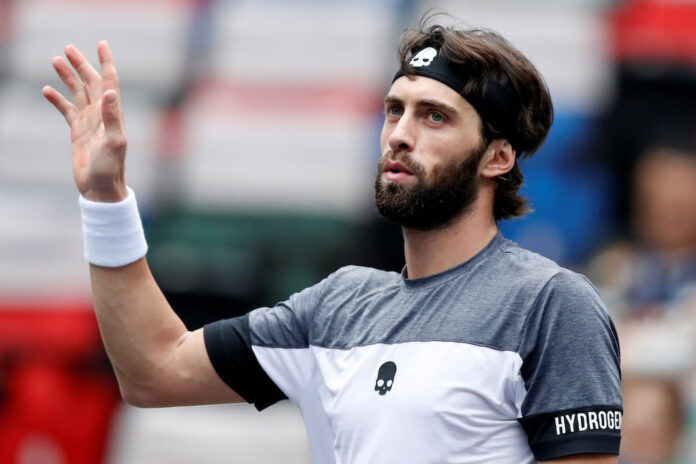 The 36th-ranked Basilashvili was the clear underdog against the French Open finalist but mounted a stout defense to send the Greek packing, saving six of 10 break points after picking up a pair of ATP titles in Qatar and at the Bavarian Championships earlier this year.

“Surprised? Not really,” said Basilashvili. “In general, in the game, from the baseline I’m physically as well feeling really good, I’m playing good, feeling the ball really well. Again, if I will manage this kind of serving well, I can keep playing good.”

He pointed to his first serve as a major point of recent improvement – calling his “a big minus” previously – after firing off five aces across the match yesterday.

But while beating a top-five player would be the highlight of many players’ year, Basilashvili said his win over Roger Federer in March was the bigger accomplishment in his mind.

“My win against Roger meant a lot to me because he was my idol. He is as for everyone, you know,” he said. “I would say Roger’s win was very important in my career. Beating Stefanos today was, as well, really, really important match.”

Basilashvili is among a band of dark horse contenders to reach the semi-final round at the California tournament, with Briton Cameron Norrie, Bulgarian Grigor Dimitrov and American Taylor Fritz each upsetting higher-ranked opponents in the quarters.

“Just need to stay calm. Try to focus on my serve. Stay solid from the baseline. And then just, yeah, just play the game. You know, in the end it’s a game and we will see. Hopefully I can play well tomorrow,” he said. – Reuters