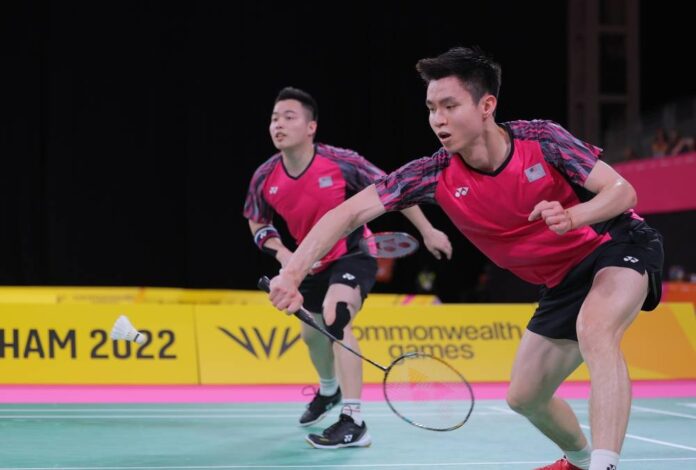 It wasn’t all smooth sailing for Aaron-Wooi Yik, who lost to England’s Ben Lane-Sean Vendy 21-18, 17-21, 4-21 in the semi-finals earlier today, in the bronze medal match against Peng Soon-Kian Meng at the National Exhibition Centre Hall 5 either.

Aaron-Wooi Yik won a tight first game 21-19 but their game fell apart and they lost the second game 11-21 to Peng Soon-Kian Meng.

World number six Aaron-Wooi Yik, however, regained their composure in the decider to earn their first individual medal in the Commonwealth Games with a 21-11 win, after helping Malaysia bag the mixed team gold by beating India 3-1 on Tuesday (Aug 2).

Despite the defeat, Kian Meng at least has the consolation of having won bronze in mixed doubles earlier when he combined with Lai Pei Jing to defeat Scotland’s Adam Hall-Julie Macpherson 21-15, 21-17.

The national badminton camp will have two shots at the gold medal as men’s singles ace Ng Tze Yong and women’s doubles pair Pearly Tan-M.Thinaah have checked into tomorrow’s finals.