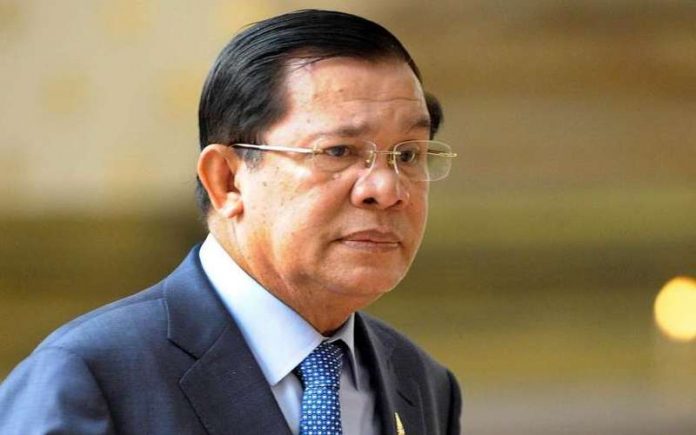 PHNOM PENH: Cambodian premier Hun Sen announced Tuesday that the kingdom had extracted its first drop of crude oil from its waters, a long-awaited milestone for one of Southeast Asia’s poorest nations.

But production stalled as the government and the US giant failed to reach a revenue-sharing agreement, leading the firm to sell its stake to Singapore’s KrisEnergy in 2014.

“The first drop of oil has been produced.”

“The year 2021 is coming… and we have received a huge gift for our nation – the first oil production in our territory,” he said in a Facebook post.

The crude was taken from an area off the southwestern coast of Sihanoukville.

Chevron’s discovery of the reserves led the kingdom to be feted as the region’s next potential petro-state, with the government estimating hundreds of millions of barrels of crude were beneath its waters.

KrisEnergy currently holds a 95% stake of the block where the oil was taken from, while the government holds the rest.

The company expects a peak production rate of 7,500 barrels a day from an initial phase – a modest amount compared with Cambodia’s oil-producing neighbours Vietnam and Thailand.

But the revenues could be significant for the government, which estimated in 2017 that it would make at least US$500 million in royalties and taxes from the first phase of the project.

The discovery also raised concerns of how Cambodia – a country long ranked poorly in terms of transparency – would use its new-found wealth but Hun Sen, Asia’s longest-serving leader, dismissed them, calling the extraction “a blessing” for Cambodians.

“It is not a curse like it has been cited by some ill-will people,” he said.